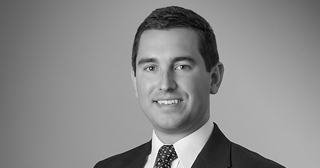 Mr. Kent received his law degree from West Virginia University College of Law, where he was a member of Moot Court Board and recipient of the CALI Award for pre-trial litigation. He earned his undergraduate degree in business administration from The Ohio State University in 2008.

Hanshaw, an associate in the firm's Charleston office, focuses his practice in environmental and regulatory law, energy law and government relations. Hagedorn, who recently joined the firm's Southpointe, Pennsylvania office, practices in the areas of energy, health care, real estate, and labor and employment. Hanshaw and Hagedorn were both previously admitted to practice in West Virginia.