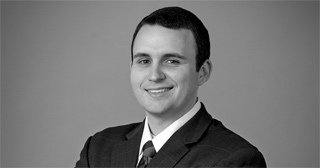 Mr. Nahley is an experienced attorney in the areas of energy law, oil and gas law and real estate law, having previously worked as an attorney in Alabama and across the eastern United States as a petroleum and gas landman.

He earned his bachelor of arts degree in political science from Auburn University in 2007 and received his law degree from the Thomas Goode Jones School of Law in 2010, where he was a member of Phi Alpha Delta Law Fraternity and the Jones Animal Law Society.

Bowles Rice also announced attorney Ryan S. Welsch, an associate in the firm's Southpointe, Pennsylvania office, has been admitted to practice in West Virginia, as well as Pennsylvania.

Mr. Welsch is a member of the firm's Energy Department, with a practice centered on energy law and real estate transactions. He received his law degree from the Duquesne University School of Law and earned his bachelor of science degree in finance from The Pennsylvania State University.