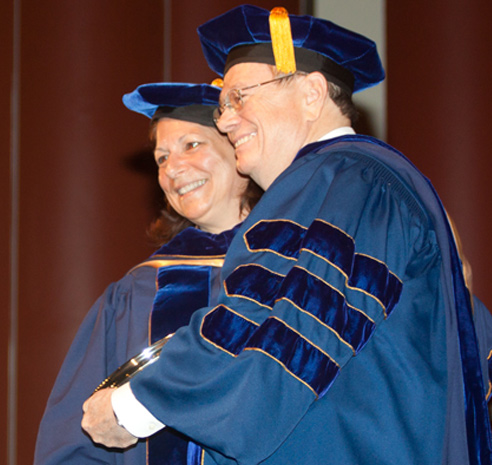 Charles M. Love, III was presented with the prestigious Justitia Officium Award at the West Virginia University College of Law Hooding and Commencement Ceremony on Saturday, May 14, 2011. Mr. Love is a partner in the Charleston, West Virginia office of Bowles Rice McDavid Graff & Love, LLP. He joined the firm in 1969 and is a leader in the firm’s litigation department.

The WVU College of Law established the Justitia Officium Award in 1978 to recognize outstanding contributions and service to the legal profession. It is the highest honor the College of Law bestows upon an individual and is presented annually. A bronze plaque, bearing Mr. Love’s name and the year the award was presented, will be mounted in the lobby of the WVU Law Center.