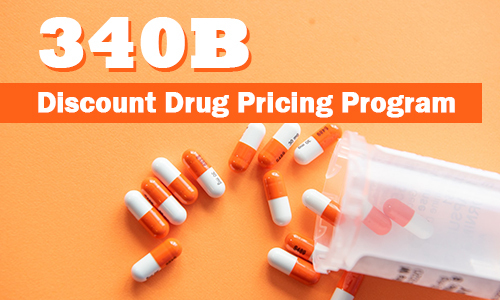 Back in June, many of the health care providers in West Virginia (and across the country) began receiving letters from major global drug manufacturers. Some letters demanded that these organizations, who are considered “covered entities” for purposes of participating in the federal 340B drug pricing program, turn over voluminous amounts of information about patients who received discounted medications through 340B, seeming in clear violation of the Health Insurance Portability and Accountability Act of 1996 (“HIPAA”). Other letters just flatly announced that the drug manufacturers would stop shipping their medications to contract pharmacies utilized by covered entities. In all, the letters announced the coming of a significant threat to the 340B program through the creation of obstructionary efforts designed to set up significant barriers to 340B pricing.

In response to this threat, the National Association of Community Heath Centers (“NACHC”) announced on October 21, 2020 that it had filed a lawsuit “to take action in response to recent moves by drug manufacturers to dismantle the health center federal 340B drug discount program.” Within the health care community, battles over the discounts provided to approved 340B hospitals and health centers have raged since the program was created. The timing of the most recent attacks by these manufacturers, however, is most shocking – America is currently mired in the COVID-19 public health emergency, small rural hospitals are fighting to keep their doors open, and pharmaceutical profits are at the highest levels they have ever been.

NACHC’s lawsuit seeks to compel the Department of Health and Human Services (“HHS”) to implement a long-delayed dispute resolution process that would allow 340B covered entities to act against drug companies that are violating the 340B statute and have abruptly stopped shipping discounted drugs to its health centers’ contracted pharmacies. According to NACHC’s press release, “Across the country, millions of lives are at stake and health center operations and budgets face possible devastation in the midst of an overwhelming public health pandemic.” However, the health centers are not alone in this fight. The loss of 340B revenues could be even more devasting to the hospital community, which has seen many closures over the last year with many more hospitals struggling to stay open in the face of reimbursement rates that have not kept up with the rising costs of delivering health care services.

Health care providers have long recognized that pharmaceutical care is a core component of meaningful health care services. When patients cannot consistently afford or otherwise access the medications they are prescribed, health outcomes suffer dramatically, and health care providers are limited significantly in their ability to treat acute conditions and manage chronic diseases. The 340B program helps bridge this gap by allowing eligible patients to purchase their medications at much lower prices, and it assists the covered entity by allowing it to make affordable medications available to eligible patients while still recognizing a financial profit on its pharmacy sales. Now, the drug manufacturers are attempting to take back these profits for themselves at the expense of the patients and the hospitals and health centers.

The problem is that such actions fly in the face of the clearly stated Congressional intent behind the creation of the 340B drug pricing program, which was to allow safety-net providers “to stretch scarce federal resources as far as possible, reaching more eligible patients and providing more comprehensive services.” While the drug manufacturers have tried to paint a picture wherein covered entities are “getting rich” off their 340B profits, the fact is that these covered entities are not-for-profit corporations who utilize pharmacy profits to cover other programs and services that are loss leaders for them. In other words, if these 304B dollars go away, hospitals and health centers will have to figure out how to cut millions of dollars from their already stretched budgets, leading to the elimination of vital programs, reductions in physician staff and other personnel, and decreases in overall access to affordable care. In the case of some rural communities, the actions of these drug manufacturers could result in the permanent closure of the local hospital.

NACHC estimates that 10 million low-income patients will suffer reduced access to health center services and affordable medicine unless HHS acts immediately to protect the 340B program. This number does not include the loss of patient services at hospitals – or at cancer centers which, along with the patients receiving chemotherapy and other anti-cancer medications, are significant beneficiaries of 340B drug pricing discounts.

Recognizing this imminent threat to our already fragile health system, hundreds of members of Congress have come together in a bipartisan effort to protect the 340B program spearheaded by our own Congressman David B. McKinley (WV-1). This effort resulted in a letter to HHS Secretary Alex M. Azar, urging him to take “immediate action” because drug manufacturers are setting “a dangerous precedent.” Among the hundreds of signatures on the letter are those of Congressman Alex X. Mooney (WV-2) and Congresswoman Carol D. Miller (WV-3). However, despite this pressure from Congress, HHS has done little to nothing to prevent the drug manufacturers from continuing in their efforts at dismantling the 340B program, thus necessitating NACHC’s lawsuit.

And this is just the start. There are other similar lawsuits being filed across the country, including one recently filed in the United States District Court for the District of Columbia that is notable because of the involvement of one West Virginia community health center. This civil action includes a request that the District Court issue a writ of mandamus against Secretary Azar, forcing him to act against the drug manufactures. Mandamus is a judicial remedy, in the form of an order from a court, addressed to any government, subordinate court, corporation, or public authority, to perform some specific action which that person or entity is obligated to do by law.

Perhaps more importantly in the short term, however, the complaint seeks a temporary restraining order which would prevent the drug manufacturers from continuing their practices until after the underlying legal dispute is resolved. The plaintiffs will argue that this injunctive relief is necessary to prevent covered entities and their patients from suffering irreparable harm during the pendency of the lawsuit, which could last many months or even years. This injunction period could also benefit covered entities in other ways by giving Congress additional time to clarify the 340B statutes regarding the tactics being utilized by the drug manufacturers and by allowing for the determination of the Presidential election, which could result in a change in cabinet positions, including that of Secretary of HHS.

In the meantime, we will continue to monitor this situation and advise our health care clients of the latest developments that may impact their abilities to provide services to their patients. If you have questions regarding the 340B Discount Drug Pricing program or any other health care matters, Bowles Rice LLP maintains an experienced Health Care Group to assist you. In addition, we also maintain a highly effective Government Relations group that can provide your organization with any lobbying and strategic planning services you may need to stay ahead in this ever-changing legal landscape.