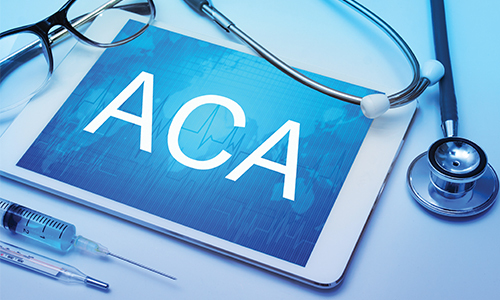 On November 10, 2020, the United States Supreme Court heard oral arguments in the case of California v. Texas, and in early 2021 the Court is expected to render a decision that will determine the fate of the Patient Protection and Affordable Care Act (“ACA”). The case itself, California v. Texas, was originally filed in 2018 on behalf of 20 states and two individual plaintiffs, and it sought to challenge the “minimum essential coverage provision” (also known as the “individual mandate”) contained in the ACA. Arguing the illegality of the individual mandate, these plaintiffs raised questions about the enforceability of the ACA as a whole. Notably, West Virginia is one of the plaintiff states currently challenging the ACA – putting the Mountain State at the forefront of this national debate.

Many West Virginians are following California v. Texas with particular interest. Earlier this month, West Virginia voted overwhelmingly in favor of President Donald Trump, who has vowed to overturn the ACA (often politically referred to as “Obamacare”) since taking office in 2016. West Virginia’s Attorney General Patrick Morrisey also has been very active in his opposition to “Obamacare,” having both joined in the litigation and argued for the invalidation of the entire ACA should the individual mandate be held unconstitutional. In doing so, Mr. Morrisey, who was just re-elected for a third term as Attorney General, has drawn strong criticism from health care providers and others who worry about what will happen to West Virginia’s already fragile health care system if the ACA is stuck down. At the same time, Morrisey has also noted that he supports maintaining insurance coverage for pre-existing conditions, and earlier this year supported legislation at the state level that would have prohibited insurance providers from limiting coverage should the Supreme Court strike down the ACA. West Virginia’s health care providers argue that patients have benefitted tremendously from the expansion of Medicaid that came with the passage of the ACA.

In support of the ACA, health care providers point to a 2018 West Virginia University study which estimates that 718,000 non-elderly West Virginians have a pre-existing condition. The ACA currently requires that insurance companies provide coverage to individuals with pre-existing conditions, but these protections could be lost if the ACA is struck down in its entirety. Similarly, the West Virginia Department of Health and Human Resources has reported that approximately 162,000 people have been enrolled in the State’s Medicaid expansion program, which was launched in 2014. If Medicaid expansions were to be rolled back because of the fall of the ACA, the rate of uninsured patients would immediately skyrocket, leaving West Virginia hospitals and health centers to absorb this influx of uncompensated care. With many small rural hospitals already battling for survival, this loss of Medicaid revenue could be devastating.

Accordingly, on September 14, 2020, more than 30 West Virginia doctors sent a letter to Mr. Morrisey arguing that if this lawsuit is successful in removing the entire ACA, it would “do irreparable harm to the health care coverage of 200,000 West Virginians and to our state’s economy.” Similar concerns have been raised by Senator Joe Manchin, who has said that while the ACA is not perfect, “we simply cannot throw the baby out with the bathwater, especially during a global health crisis….”

Before the Court reaches that decision, however, there are numerous complicated legal issues that must be resolved. At the risk of oversimplifying the complexities of this matter, I will focus on what I believe to be the two biggest questions.

First, do the plaintiffs even have the standing to sue? Before issuing any ruling on the substantive issues, the Supreme Court must first decide whether the lawsuit’s plaintiffs have the right to sue. Courts generally refrain from deciding hypothetical questions of law. Therefore, in order to get to a final decision on the merits of their case, these plaintiffs must establish that they have standing to be heard by the Supreme Court. To have “standing,” plaintiffs must show they have suffered an injury of some kind. Here, there are legitimate questions as to whether the individual plaintiffs and state AGs have suffered any injury relating to the individual mandate requirement or any other aspect of the ACA, and much of the oral arguments focused on this question of standing. In the underlying case, the Fifth Circuit held that there was standing (i) because the individual plaintiffs were forced to spend money on health insurance, which they otherwise would not have spent absent the individual mandate, and (ii) because the state plaintiffs (represented by their respective AGs) incurred costs related to the individual mandate’s requirements forcing states to verify which state employees had the minimum essential coverage.

Even if the individual mandate is struck down as unconstitutional, the larger question remains as to whether the ACA should be struck down in its entirety. One compromise solution by the Court may be to simply remove the individual mandate from the ACA while leaving the other parts of the ACA intact and operational. As with most cases where the Supreme Court is asked to interpret or review a statute passed by Congress, the issue of Congressional intent becomes critically important.

With Justice Barrett’s addition to the Court, at least two Conservative members will need to vote in favor of the ACA for it to survive. This fact led to a lot of raised eyebrows when, during oral arguments, both Chief Justice John Roberts and Justice Brent Kavanaugh (also a Trump Administration appointee) challenged the plaintiffs’ assertion that Congress, by changing the penalty for violating the individual mandate to zero dollars, had demonstrated an intent to invalidate the entire ACA, especially in light of the fact that this same Congress did not make any attempt in its own right to repeal the rest of the ACA.

If the Supreme Court rules in favor of severability, then the other portions of the ACA would be allowed to remain as they currently exist, including the protections for patients with pre-existing conditions and the Medicaid expansion program. While we all await this important decision, West Virginia’s health care providers are holding their collective breath. At Bowles Rice LLP, we maintain experienced Health Care and Government Relations practice groups that specialize in assisting clients in tracking these processes and preparing their businesses for important changes in the law. If you need assistance, whether its long-term strategic planning or day-to-day legal matters, Bowles Rice LLP is here to serve you.