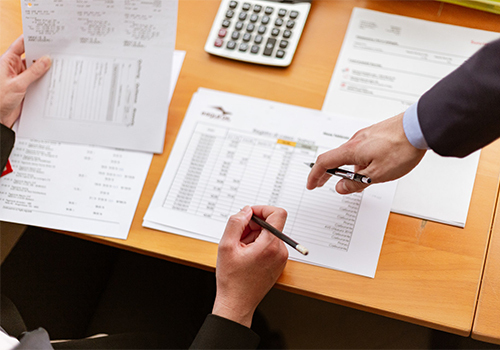 We’ve explored identity theft in this blog before and we are seeing increasing investigations into health care fraud, so I want to take the opportunity to examine the intersection of these two topics.

Recently, the Fifth Circuit issued an opinion in United States v. Dubin, 982 F.3d 318. In this case, the defendant and his son were convicted of defrauding Texas’s Medicaid program. Mr. Dubin (senior) was a licensed psychologist who owned his own practice, and his son provided business services. The practice began providing Medicaid-covered services to a youth shelter and Mr. Dubin arranged to pay the center’s president 10% of the profit from those services in exchange. When it came to billing, the practice certified that licensed psychologists performed the services, when, in fact, often other unlicensed employees, students, or interns performed them. The practice was reimbursed at the higher rate reserved for licensed practitioners. Mr. Dubin also frequently directed one of his billing employees to add hours to patients’ visit records when the original records fell under the “maximum billable hours” limits set by Medicaid.

All of this conduct – billing unlicensed staff at the licensed rate, paying for referrals, and falsifying records to add time to visits – should evoke the obvious fraud-related charges: kickbacks, health care fraud, false representations on claims for benefits. But the government pursued (and won) an additional, less-obvious charge: aggravated identity theft.

As I’ve explained in a previous post, aggravated identity theft punishes anyone who “uses, without lawful authority, a means of identification of another person” during the commission of certain felonies, including fraud. 18 U.S.C. § 1028A.  This is a consequential charge because, if it leads to a conviction, it adds an additional two-year mandatory term of imprisonment onto any other term imposed for the underlying felony.

Adding aggravated identity theft to health care fraud may not be intuitive, because when you think of identity theft, you think of stealing someone’s identity to use it to commit a crime. In the Dubin fact pattern, the health care fraud occurred without any stealing of identities. The practice served real patients and was perfectly within its rights to use those patients’ identities to collect legitimate reimbursements. The fraud occurred at the billing stage, well after patients had assented to the use of their identities. The Fifth Circuit considered whether this fell under the aggravated identity theft statute.

The defendant’s argument was that because the practice had lawfully obtained the patients’ identities, he did not use them “without lawful authority,” as the statute requires. The Court admitted that it had not yet considered the definition of the word “use” in the aggravated identity theft statute, but drawing on the plain language of the statute and opinions from other circuits, upheld the conviction. By billing Medicaid for services that were in excess of the services patients actually received, the Court held that the defendant used the patients’ identities “without their lawful authority, as well as in a manner beyond the scope of their lawful authority.”

The Fourth Circuit considered this question a decade ago in United States v. Abdelshafi, 592 F.3d 602, and came out on the same side as the Fifth. The Abdelshafi Court made it clear that nothing in the aggravated identity theft statute requires the identification to have been stolen. Any medical professional may use a patient’s identifying information for proper billing purposes, but the second that identity is used to submit fraudulent claims the use becomes “without lawful authority.”

If you have questions relating to a health care fraud investigation or billing compliance, contact the Bowles Rice White Collar Defense and Investigations Team at (304) 347-1137.  Our attorneys are experienced in representing health care professionals and advising in compliance matters.