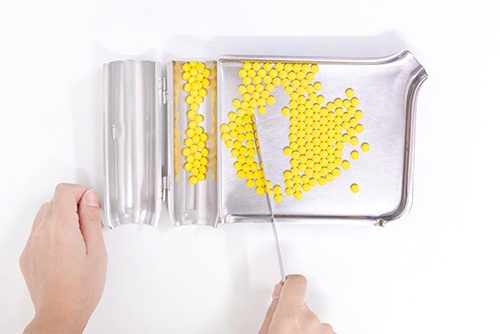 As America struggles to find solutions to the drug epidemic, our nation’s top law enforcement officer has focused his efforts on pursuing health care professionals involved in the improper prescribing of controlled substances and opioid-related health care fraud. U.S. Attorney General William Barr (and Jeff Sessions before him) has added dozens of prosecutors to support the initiative and this has led to an uptick in federal indictments. The FBI, DEA, FDA, HHS, IRS and U.S. Postal Inspectors are also involved in this effort to aggressively investigate and prosecute physicians and others. As a former federal prosecutor, I know firsthand that these cases are tough to prove and require hundreds of hours of work before they’re ready to go, but it’s clear that the Justice Department has decided to devote the resources necessary to implement this crackdown.

It’s not just physicians that are being targeted. A wide variety of health care professionals find themselves in the crosshairs of the federal government, including pharmacists. While the process of dispensing medication may begin with a physician, it can only be completed when a pharmacist fills the prescription. The duties of a pharmacist are explained in the Code of Federal Regulations, and specifically in 21 CFR §1306.04:

A prescription for a controlled substance to be effective must be issued for legitimate medical purpose by an individual practitioner acting in the usual course of his professional practice. The responsibility for the proper prescribing and dispensing of controlled substances is upon the prescribing practitioner, but a corresponding responsibility rests with the pharmacist who fills the prescription.

A pharmacist is required to exercise sound professional judgment when determining the legitimacy of a prescription. The pharmacist is not required and should not fill a prescription simply because he has been presented with a written prescription. Pharmacists filling questionable prescriptions are subject to prosecution under 21 USC §841, and willful blindness is not a defense. Often, the key element of knowledge for a pharmacist may be shown by proof that the defendant pharmacist deliberately closed his eyes to the nature of the prescription.

Red flags for pharmacists include combinations of narcotics or “cocktails,” which are frequently abused; geographic anomalies; unusual or excessive quantities and strength; cash payments; multiple patients from the same physician with the same diagnosis code; and prescriptions written by doctors for illness or symptoms not in their areas of specialty.

Red flag evidence was uncovered in the case of a pharmacist that I prosecuted when I was with the United States Attorney’s Office. Pharmacist Mario Blount of Bridgeport, West Virginia filled prescriptions for excessive amounts of pills and prescriptions which were contraindicated and potentially lethal. Although his pharmacy had a program which alerted him to improper prescriptions, Blount would manually override the system and fill them anyway. We were able to establish that Blount was one of the primary beneficiaries of Dr. Edita Milan’s malfeasance, a doctor who was convicted of improper prescribing. Blount also provided narcotics to customers without prescriptions, many of whom were patients of Dr. Milan. This arrangement between a physician and a pharmacist is common in these types of cases. Blount was convicted and sentenced to prison for his crimes.

Health care professionals may feel as if they are under siege from federal authorities as indictments are now being regularly returned against them throughout the country. Prosecutors and drug task force officers are doing everything they can to slow the flow of dangerous drugs into our communities, to include pursuing physicians and pharmacists who are alleged to have done wrong. Fortunately for all of us, we live in a nation that has an independent judiciary that is not subject to improper influence from other branches of government. Our system ensures that the rights of innocent are protected and that the government must meet its burden of proof before a conviction may be obtained. The directive by the Attorney General ramp up efforts against medical providers is only part of the process. Federal prosecutors still must prove their case beyond a reasonable doubt and charges against healthcare professionals can be some of the toughest to prove.

If you find yourself as the target of a federal investigation, call the Bowles Rice White Collar Defense Team at (304) 347-1137.