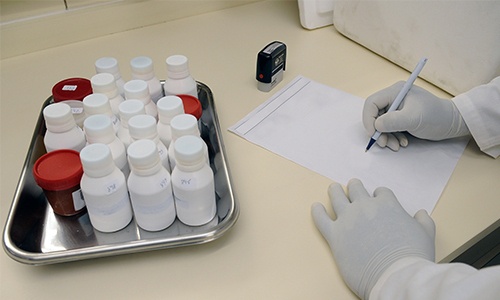 With the Department of Justice placing increased scrutiny upon the prescribing practices of physicians, it’s important to understand the burden federal prosecutors face when bringing these cases. My time as United States Attorney taught me that cases against medical professionals are brought only after a tremendous amount of time has been spent reviewing medical records, interviewing witnesses, analyzing billing data and, oftentimes, conducting undercover operations. These cases are especially challenging for a prosecutor because a doctor has a license to prescribe controlled substances and thus it must be shown that the prescribing was done outside the usual course of professional practice.

One such case was that of Dr. Edita Milan, who we began investigating after one of her patients was discovered unresponsive in his Fairmont, West Virginia residence. Milan, who was a neighbor to her patient, was present when first responders arrived. She told the medical examiner that her patient had died of a heart attack, but the investigative team was suspicious of this claim. Further investigation revealed that in the months prior to his death, the decedent had received large quantities of narcotics prescribed by Milan. We took a closer look at Milan’s prescribing practices and found that over a three-year period, she had written nearly 29,000 controlled substance prescriptions to 800 separate individuals. She appeared to be overprescribing narcotics, writing prescriptions to patients without proper examination and allowing her employees to divert controlled substances by using her DEA number to call in prescriptions for themselves, families, friends and drug dealers. Dr. Milan and members of her staff were indicted and convicted on federal drug distribution charges.

The Milan case highlights the key role played by the legal system in the oversight of prescribing practices. Years ago, Congress recognized that physicians having the “greatest access to controlled substances and, therefore, the greatest opportunity for diversion were responsible for a large part of the illegal drug traffic.” Thereafter, the Controlled Substances Act was passed into law.

With certain narrow exceptions, the Controlled Substances Act makes it unlawful for any person to knowingly or intentionally manufacture, distribute, dispense – or possess with intent to manufacture, distribute or dispense – a controlled substance. One of those narrow exceptions applied to physicians writing prescriptions. While doctors have argued that this exception exempts them from prosecution, that argument has been rejected in cases like United States v. Moore, where the defendant wrote more than 100 prescriptions per day on 54 separate occasions leading to nearly 800,000 methadone tablets hitting the streets – all while giving inadequate physical exams, or none at all.

With the Supreme Court upholding a physician’s criminal liability, the Fourth Circuit and other courts further clarified the elements required to convict a physician of violating the Controlled Substances Act:

There aren’t specific guidelines concerning what is required to prove that an accused acted outside of the usual course of professional practice. Instead, courts must engage in a case-by-case analysis to determine whether a reasonable inference of guilt may be drawn from specific facts. Questionable practices include patients traveling long distances while bypassing numerous other physicians; overlapping prescriptions; early refills; excessive number of patient visits in one day; no alternative treatments for patients; contra-indicated prescriptions; continued increases in the number of doses or drug strength for majority of patients; writing of split prescriptions to conceal excessive amounts, often with advice to go to multiple pharmacies. Even with the Moore case emphatically affirming that doctors prescribing for a non-legitimate medical purpose are criminally responsible, challenges to the Controlled Substances Act and the appropriate standard of care continue.

Despite the difficult burden of proving that a physician’s actions went beyond the usual course of practice, federal prosecutors continue to bring these cases with great frequency. A conviction for such a charge is devastating, bringing with it incarceration, substantial financial penalties and the loss of one’s license to practice medicine. Nothing less than a vigorous defense is necessary to fight back against the federal government. Please call the Bowles Rice White Collar Defense Team at (304) 347-1137 if you’re in need of help.