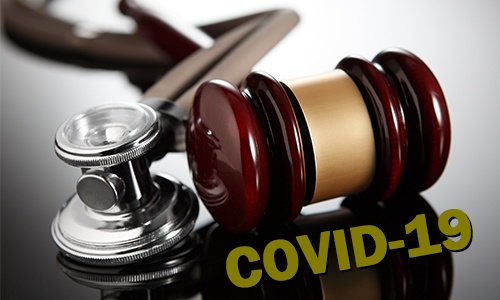 Since taking office, President Joe Biden has made it a priority to increase the number of vaccinated citizens. To accomplish his goals, the Biden Administration has spearheaded several vaccine mandates, but these mandates have been met with significant political opposition, leading employers across the country – especially those operating within the realm of health care – with more questions than answers. The Centers for Medicare and Medicaid Services (“CMS”) Vaccine Mandate is expected to cover more than 17 million workers, including approximately 76,000 health care providers, working in hospitals, community health centers, and other health care settings. In order to comply with the CMS Vaccine Mandate, covered entities must establish a policy requiring staff to have received at least one vaccine dose of the COVID vaccine by December 6, 2021. Staff must be fully vaccinated by January 4, 2022 to be eligible to provide services paid through CMS.

During its most recent special session, the West Virginia Legislature passed a bill (HB 335) promoted by Governor Jim Justice, requiring employers who mandate COVID vaccinations to allow for medical and religious exemptions. Opponents of this bill, which included the West Virginia Hospital Association, the West Virginia Primary Care Association, the West Virginia Rural Health Association, and the West Virginia Chamber of Commerce, argued that such action was totally unnecessary, as the U.S. Equal Employment Opportunity Commission (“EEOC”) has already held that employers may require employees “physically entering the workplace to be fully vaccinated against COVID-19, subject to reasonable accommodation provisions of Title VII [of the Civil Rights Act of 1964] and the [Americans with Disabilities Act] and other EEOC considerations.” Furthermore, opponents argued, the bill is so vague that it opens the door for unprecedented confusion over the way employers are supposed to enforce the reasonable accommodation provisions that they have utilized for years. The only silver lining for those must troubled by the newest West Virginia legislation was that it is preempted by federal law, meaning that the proposed federal mandates would make it easier for those trying to navigate the difficult and seemingly ever-changing waters of this ongoing COVID pandemic.

On November 15, 2021, however, the State of West Virginia, by and through its Attorney General, Patrick Morrissey, joined with 11 other states in filing a lawsuit against the federal government to block the mandate from CMS requiring COVID-19 vaccination for eligible staff at healthcare facilities participating in Medicare and Medicaid programs. The suit, which names CMS, Chiquita Brooks-Lasure (in her official capacity as the Administrator of CMS), the U.S. Department of Health and Human Services (“HHS”), and Xavier Becerra (in his official capacity as Secretary of HHS) as defendants, was filed in the Western District of Louisiana, Monroe Division. The other states joining in this legal action are Louisiana, Montana, Arizona, Alabama, Georgia, Idaho, Indiana, Mississippi, Oklahoma, South Carolina, and Utah.

In the introductory section of the complaint, the plaintiffs argue that “[t]he Biden Administration is playing shell games with the courts, straining to justify an unjustifiable and unprecedented attempt to federalize health policy and diminish the sovereign States’ constitutional powers.” In support to this position, the complaint argues that the CMS Vaccine Mandate is contrary to the Social Security Act’s focus “on patient welfare and patient access to care,” rather on the President’s stated goal of increasing societal immunity through mandated vaccinations. Furthermore, the complaint alleges, the CMS Vaccine Mandate “exceeds CMS’s statutory authority; violates the Social Security Act’s prohibition on regulations that control the selection and tenure of healthcare workers; is arbitrary and capricious; and violates the Spending Clause, the Anti-Commandeering doctrine, and the Tenth Amendment” (The 10th Amendment states, “The powers not delegated to the United States by the Constitution, nor prohibited by it to the States, are reserved to the States respectively, or to the people.”). Finally, the complaint asserts that the CMS Vaccine Mandate “causes grave danger to the vulnerable persons whom Medicare and Medicaid were designed to protect – the poor, children, sick, and the elderly – by forcing the termination of millions of essential ‘healthcare heroes.’”

This legal challenge follows closely on the heels of the complaint filed by a separate coalition of states on November 10, 2021, over the healthcare worker vaccination mandate. That action, which was filed in the U.S. District Court for the Eastern District of Pennsylvania, included Alaska, Arkansas, Iowa, Kansas, Missouri, Nebraska, New Hampshire, North Dakota, South Dakota, and Wyoming as plaintiffs seeking a declaratory ruling, as well as preliminary and permanent injunctive relief, preventing CMS from imposing its Vaccine Mandate.

Separate legal action also has been taken over the federal government’s mandate requiring businesses with more than 100 employees to have their employees vaccinated or routinely tested for COVID-19. That case was filed in New Orleans against the Occupational Safety and Health Administration (“OSHA”) and the United States Department of Labor. On November 6, the U.S. Court of Appeals for the Fifth Circuit issued an initial stay preventing the imposition of the OSHA Mandate, pending briefing and expedited judicial review. Then, on November 12, the Court of Appeals, having conducted its expedited review, reaffirmed its initial stay, ordering that OSHA could take no further steps to implement its mandate until permitted to do so by further court order.

So, where does that leave healthcare employers who have either previously mandated vaccinations in advance of the CMS and OSHA Mandates or were trying to prepare for the rapidly approaching CMS deadline of December 6 for requiring the first round of vaccinations? The clearest answer lies in the historic decisions of the EEOC, which has permitted employer-mandated vaccinations in many other settings, particularly within healthcare. However, employers will need to ensure that they have a clear policy regarding the granting of reasonable accommodations for medical conditions and closely held religious belief, consistent with the requirements of Title VII and the ADA. Of course, we all expect there to be lots of disputes over what constitutes a “reasonable accommodation,” especially in light of the passing of HB 335, which seeks to lessen the burden on employees in establishing the need for vaccine exemption.

Fortunately, Bowles Rice LLP maintains a staff of experienced attorneys in its Health Care and Labor & Employment Practice Groups that are here to assist employers who are faced with these difficult decisions.