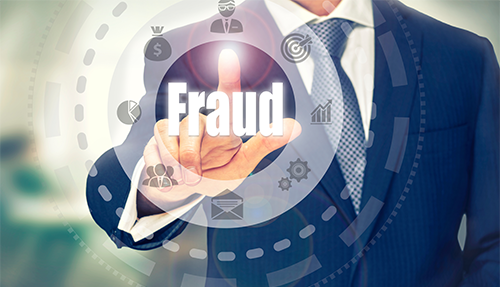 The federal wire fraud statute is one of the broadest and most utilized tools for punishing fraudulent conduct. After Congress enacted the mail fraud statute (making it illegal to use U.S. mail to perpetrate a fraud), it adopted a similar statute to capture the use of wire transmissions to further a fraud.  At the time – 1952 – “wires” mostly constituted the telephone, with some radio and television transmissions. Today, it encompasses all cellular and internet transmissions as well.

A fraud scheme on its own is not necessarily a federal offense.  In order for the U.S. government to assume jurisdiction over a fraud, the crime must involve some element that affects a federal program or transcends state boundaries. In the case of mail and wire fraud, that element is the use of the United States Postal Service (or private mail carrier), or wire communications that cross state lines.

The elements of mail and wire fraud are the same:

Additionally, as with any fraud violation, the government must prove fraudulent intent. It’s important to note that the scheme does not have to be successful to be illegal. Once the scheme is hatched and an email or call occurs, the crime has been committed.

The wire statute punishes fraud by capturing its incidental (and inevitable) communications and making those communications illegal. Wire communication covers a near-infinite list of transactions – from phone calls, emails, and texts to bank transactions, credit card purchases, and internet activity. Try to imagine a fraud scheme that does not involve any cellular or fiber-optic transmission. It would necessarily consist of an entirely local hand-to-hand exchange of money or property.

Having spent several years as a federal prosecutor, I can tell you that these transactions do exist, and they are almost always drug-related, which is punishable without the wire communications. There are also the rare occasions where a fraud is committed so locally (think isolated victims, regional bank) that the wire transmissions do not cross state lines. In that case, the fraud likely falls under the state’s laws and can be prosecuted by the state.

In the white collar world, fraud schemes almost always include use of wire communications – and not just one or two, but scores of them (a transmission for every money transfer, bank deposit, phone call, text exchange, etc.). The bigger the scheme, the more wire transmissions in furtherance of the scheme. One of the biggest advantages to the government of the wire fraud statute is that every single wire transmission in furtherance of a scheme is its own separate offense. However, you typically do not see wire fraud schemes charged with hundreds of counts, i.e., one for every text message and money transfer. That’s because it’s not necessary. The penalty for a single wire fraud conviction is up to 20 years imprisonment and significant fines. The government doesn’t need to prove more than a few instances of wire fraud to essentially seek a life sentence.

While every wire transmission in furtherance of a scheme will not be charged, multiple transmissions usually will, which can look and feel like being charged with the same scheme multiple times. For instance, if someone who is engaged in a fraud scheme calls a co-conspirator to pass along related information, hangs up, then calls that co-conspirator back with additional details, that could be two separate charges for the same scheme. Although it’s the scheme that the statute is aiming to punish (rather than a nefarious use of telephone wires and cellular signals), the fact remains that, as written, the wire fraud statute enables punishment for each use of wires.

The wire transmission is usually easy to prove, with the caveat that it does have to be connected somehow to the scheme (conveying even the smallest bit of information that moves the scheme along). The defendant does not even have to be directly involved in the wire communication, as long as the transmission was reasonably foreseeable in the execution of the scheme. The scheme to defraud – the “gist” of the statute – is more complicated and therefore has more opportunities for defenses. This element has been refined over the last couple years through various court interpretations, and will be the subject of Part 2 of this post.

Until then, please visit our White Collar Defense and Investigations page for more information, and contact us should you have questions relating to wire fraud.