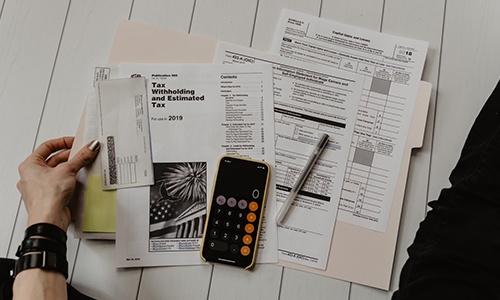 Tax season in America has a different schedule in 2020, with the deadline for filing having been pushed back until July due to COVID-19. This means that we all have a little more time to get our returns submitted to the Internal Revenue Service. However, for IRS criminal investigators, tax season is a year-round affair during which they relentlessly pursue those who fail to follow the law.

When I was a federal prosecutor, I relished working on tax cases and always gave them top priority. It was my duty to enforce the tax laws in order to preserve the integrity of the tax system and to deter would-be violators. When I prosecuted HSBC Bank, one of the world’s largest lenders, the investigation was led by IRS criminal agents who uncovered a complex, billion-dollar money laundering scheme involving Mexican drug cartels and terror groups. The investigators were bright, tenacious, and the kind that you don’t want to come knocking on your door.

While not typically on the same scale as the HSBC case, tax enforcement actions are brought regularly against individuals, businesses, and tax preparers. In January, the owners of an insurance agency in Huntington, West Virginia were prosecuted for withholding taxes from their employees’ paychecks and then failing to pay the IRS. Russell and Karen Rucker withheld $143,226 in payroll taxes from the wages of their workers over a several year period. Instead of paying the IRS, the Ruckers used the money for their own benefit, to include paying themselves higher salaries. They disguised paychecks as “non-taxable note proceeds,” according to the government’s sentencing memorandum, and used a series of bank accounts to try and hide their assets. The Ruckers also paid bills in cash, including their mortgage, in an attempt to avoid scrutiny.  Both were convicted, sentenced to prison and ordered to pay restitution of $258,137.

In February of 2020, a dentist from Wisconsin was convicted by a federal jury of tax evasion for failing to report the income from his practice. Dr. Fred Kriemelmeyer had his dental clients pay him in cash or by check with a blank payee line. In turn, he would pay his business and personal expenses with cash and with third-party checks. The dentist faces up to 5 years in prison plus payment of restitution when he’s sentenced later this year.

A tax preparer from Virginia was sentenced to prison in March 2020 for preparing and filing false returns. Julien Pierre of JP Tax Services, LLC, falsified his clients’ returns by claiming fuel tax credits, residential energy credits, and itemized deductions to inflate refunds. He also took the false fuel tax credit on his own return. In addition to a 12 month and a day prison sentence, Pierre was ordered to repay $25,495.

If an IRS agent knocks on your door and you don’t know where to turn, call the Bowles Rice White Collar Defense Team at (304) 347-1137 for help. Our practice group of former federal prosecutors will vigorously defend your interests against the government.