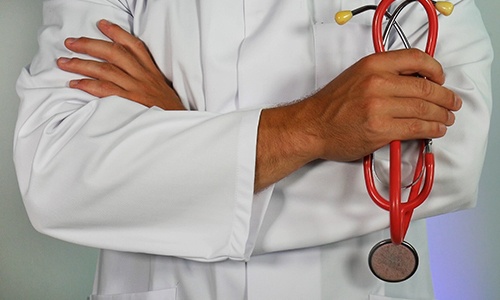 The United States Justice Department takes health care fraud seriously and has for many years. Several years ago, when I was still a federal prosecutor, I attended a conference on the topic at the National Advocacy Center in Columbia, South Carolina. There, I heard about the biggest cases coming out of Detroit and South Florida and the analytical tools that were being used in what were the hotspots for health care fraud in America. I brought those strategies back with me to West Virginia and began using them to identify outliers, or those doctors who were billing in amounts that were substantially higher than their peers. Being an abnormally high biller doesn’t make one a criminal, but it did give us reason to take a closer look at certain medical practices. These analytical tools are more widespread than ever before and are utilized by the Health Care Fraud Strike Force, a group that brings the investigative resources of the FBI and HHS-OIG together with the prosecutorial resources of the United States Attorney’s Offices and Main Justice to review billing data obtained from the Centers for Medicare & Medicaid Services (CMS) and elsewhere.

Recently, a Missouri doctor who was an outlier when it came to his billing practices was targeted by the federal government. Dr. Atoine Adem, a cardiologist, owned and operated Midwest Cardiovascular, Inc. and was one of the top ten physicians in St. Louis for Medicare reimbursements. This fact alone didn’t make him guilty of anything, but it did cause him to stand out when the government engaged in data mining. Another reason Dr. Adem was the focus of the feds was because his former employee, Elaine Taylor, filed a whistleblower complaint against him for submitting false claims.

The U.S. Attorney’s Office got involved and charged Dr. Adem with a Health Care Fraud Scheme. Prosecutors alleged that he improperly billed for varicose vein procedures and that he claimed procedures occurred on two separate days when they actually only occurred on one day, allowing him to receive an additional $2,000 each time.

In August 2019, Dr. Adem pleaded guilty to health care fraud and in December he was sentenced to a prison term of 45 days. His company was also convicted. A total of $475,000 in fines and restitution were ordered to be paid in the criminal case. A nurse who conspired with Adem to execute the scheme is facing similar charges with a trial scheduled for later this year.

In the civil case (also referred to as a qui tam action), Adem and Midwest Cardiovascular agreed to pay a $1.2 million settlement for violating the False Claims Act. As the whistleblower, Ms. Taylor received $240,000 as her share of the settlement.

The White Collar Defense team at Bowles Rice has a great deal of experience in the health care arena, particularly with cases brought by the government alleging fraud. We also have experience in qui tam litigation. If you are a witness, a subject, a target or a defendant, or if you’re a whistleblower, contact us today at (304) 347-1137 for a free consultation.