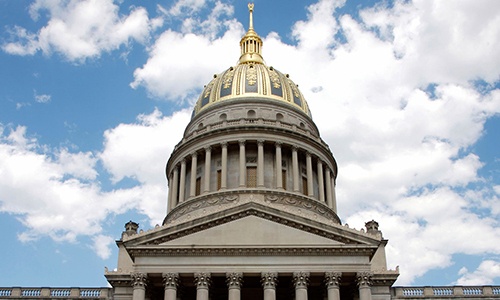 The West Virginia Legislature concluded its regular legislative session this past Saturday, March 8th. The House of Delegates and State Senate both adjourned sine die at midnight, concluding the annual 60-day regular session that started January 8, 2020.

In sum, the Legislature passed 356 bills during the 60-day time frame, including 188 House bills and 168 Senate bills. That total is the highest number of bills to number complete legislative action over the past 20 years. Lawmakers and the public will now turn their eyes to the Governor as he is tasked with approving or vetoing legislation over the next few weeks. To date, Governor Justice has signed 54 of the 356 bills that will eventually hit his desk.

Amongst the bills to be reviewed by the Governor is the Budget Bill (SB 150). On the final day of the regular session, the Legislature completed action on a $4.574 billion General Revenue Fund budget for Fiscal Year 2021 that will go into effect July 1, 2020. This marks the third straight year that the Legislature has passed a budget in the 60-day time frame, bypassing the need for an extended, prolonged extraordinary budget session.

The Legislature also passed numerous bills aimed at diversifying the state’s economy and enhancing tourism throughout the state, including legislation aimed at establishing tourism districts, encouraging the development of solar energy, and more.

The Bowles Rice Government Relations team was heavily involved in this year’s legislative process and will be posting additional updates and analysis of bills as they are approved or vetoed by the Governor’s Office.  Those with questions about specific pieces of legislation can contact the members of our group directly.  For more frequent updates, please be sure to follow the Bowles Rice Government Relations team on Twitter @GovtRelationsWV.