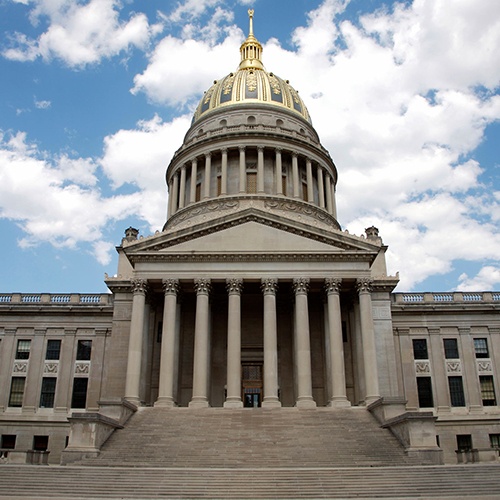 The West Virginia Legislature adjourned the 2022 Regular Session on Saturday, March 12th at midnight. Before the Legislature adjourned Sine Die, they passed a total of 293 bills, including the Budget Bill. As has become recent tradition, the House and Senate agreed to and passed a Budget Bill compromise during the Regular Session, thus eliminating the need for an extended or special budget session as has been done in years past.

The conclusion of the 60-day regular session saw a flurry of action as both the House and Senate worked to pass a number of measures during the final waning minutes. In fact, the Senate was still voting to send bills to the Governor’s desk as the clock struck midnight.  On the whole, lawmakers tackled a number of significant topics this session, including the establishment of a dedicated funding formula for institutions of higher education, legislation allowing for the unitization of oil and natural gas drilling interests, as well as legislation that would split WV DHHR into two separate agencies.

Governor Justice has currently signed into law 62 bills that have hit his desk so far. As of today, no bills have been vetoed or allowed into law without the Governor’s signature.

We anticipate seeing a lot more action on bill signings over the next two weeks as the House and Senate Clerks enroll bills completed during the last week of session and get those measures to the Governor’s desk. For the budget and supplemental appropriation bills, the Governor has five days to sign, veto, or allow to become law without his signature. Since the Legislature has adjourned Sine Die, the Governor will have 15 days, excluding Sundays, to act on all other bills that completed legislative action.  Final action on all bills must take place by March 30th.

It is anticipated that the Legislature will be back at some point, possibly during one of the interim dates above, for a special session to further appropriate federal relief and infrastructure dollars, other budget topics, and potentially more. On top of this legislative work, all 100 members of the House of Delegates and 17 members of the State Senate will be up for election this year. This will be the first election for the House of Delegates under the newly drawn 100 single-member delegate districts.

The Bowles Rice Government Relations Team will continue to update you on the latest with respect to West Virginia’s elections, interim meetings, and possible special sessions, as we remain heavily involved in the legislative process throughout the year on behalf of our many different clients. The Bowles Rice team stands ready and willing to assist clients with any questions they may have with respect to specific pieces of legislation or their government relations needs as a whole. For more frequent updates, be sure to follow us on Twitter @GovtRelationsWV.