The Attempt to Employ Medicaid Work Requirements in West Virginia
By Brock Malcolm on 03.05.2019
Posted in Medicaid 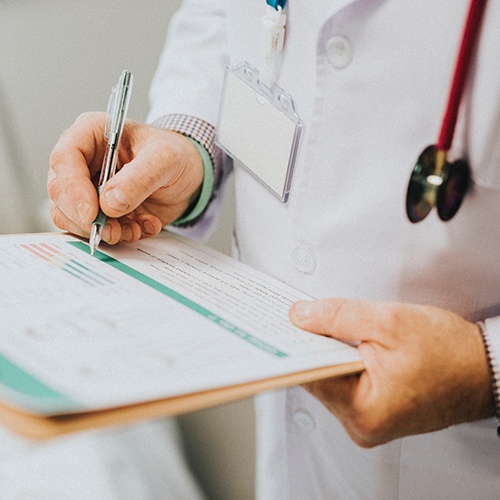 As February came to an end, a bill that sought to impose work or other work-like requirements on Medicaid recipients died in the West Virginia House of Delegates.  President Donald Trump has been vocal in his support of states tying the receipt of Medicaid benefits to work, and our own GOP-led House of Delegates had hoped to implement new work requirements in the Mountain State this session.

Ultimately, however, the intense debate over the bill stalled its progress in the House, and the bill was never formally voted upon prior to the Legislature’s crossover date – i.e., the date upon which completed bills must move from the House or Senate to the other side if they hope to be passed in a given session.

West Virginia House Bill (HB) 3136 sought to require all able-bodied adults either to work, participate in workforce training, provide volunteer community service, or attend a drug treatment or recovery program for at least 20 hours per week to maintain eligibility for Medicaid benefits.  So, one might wonder, why would anyone be resistant to a work requirement for people receiving otherwise free health insurance benefits?  A lot of people are out there working every day and still must pay astronomical sums for health care coverage.  Isn’t it fair that these people should have to work a little for their coverage, too?

While most everyone can agree that full employment is a worthy goal – particularly in West Virginia, where our workforce participation rate is last in the nation – the fairness (and legality) of Medicaid work requirements is a question that still requires some settling in the court system.

According to a lawsuit filed in Arkansas back in December, the new Medicaid work requirements passed in that state resulted in nearly 17,000 people losing their insurance coverage.  Obviously, those people have argued that the process is not fair at all.  They believe that, by granting the Medicaid waivers necessary for the implementation of work requirements, the Secretary of the Department of Health and Human Services (HHS) has exceeded its statutory authority.  Moreover, the Arkansas plaintiffs have asserted a host of logistical nightmares that have caused otherwise working residents to unfairly lose their health care coverage, including but not limited to outdated technology and a lack of education and training on the new reporting requirements.

In neighboring Kentucky, some have estimated that Medicaid work requirements ultimately will result in up to 100,000 people losing their coverage.  Such results have caused opponents to the work requirements to cite the most basic objectives of Medicaid.  Unlike other traditional welfare programs, such as Temporary Assistance for Needy Families (TANF) or Supplemental Nutrition Assistance Program (SNAP), both of which contain statutory language regarding the promotion of employment, Medicaid has no such employment language.  Rather, opponents argue, Medicaid is supposed to be purely about people receiving necessary health care services.

In West Virginia, where approximately 159,000 people are enrolled in the expanded Medicaid plan, the biggest pushback to HB 3136 came from the health care community itself.  The health care community argued that the potential unintended consequences of the bill require more thought than that which can be provided during the relatively short legislative session.  Across the state, health care leaders asserted that HB 3136 would not even achieve its goal of increased employment.  After all, they argued, the bill would do nothing whatsoever to provide new jobs suitable for unemployed members of the Medicaid population.  Rather, they insisted, HB 3136 would simply reduce overall Medicaid enrollment, including enrollment amongst those already working – all of which, in turn, would have one of two predictable and detrimental effects.

On one hand, patients might stop seeking medical attention for lower-cost routine care and preventive services, much as they did prior to West Virginia’s decision to expand Medicaid coverage in 2014.  Health care leaders argue that the consequences of this result will be patients waiting until they have catastrophic – and extremely expensive – emergency events before seeking care.  Or, on the other hand, patients might just continue to seek medical services for which they cannot possibly pay.  Such a result increases the amount of uncompensated care being provided by safety net providers, including rural hospitals and community health centers, most of whom are already fighting to make ends meet in this current health care economy.  Health care leaders insist that forcing medical providers to bear an even greater share of this economic burden will lead to inevitable decreases in access to care across the board – for Medicaid and non-Medicaid patients alike.

In the end, it seems likely that the subject of Medicaid work requirements will surface again in West Virginia, especially if the President continues to push the issue as part of his agenda.  In the meantime, however, it probably makes sense to take a step back and let the dust settle a bit on the various lawsuits being filed against Medicaid work requirements.  Instead of fighting over similar lawsuits here in West Virginia, leaders from both sides of the political aisle can use this time to get all the key stakeholders to the table and have a meaningful discussion about what is best for West Virginia and its already fragile rural health care system.