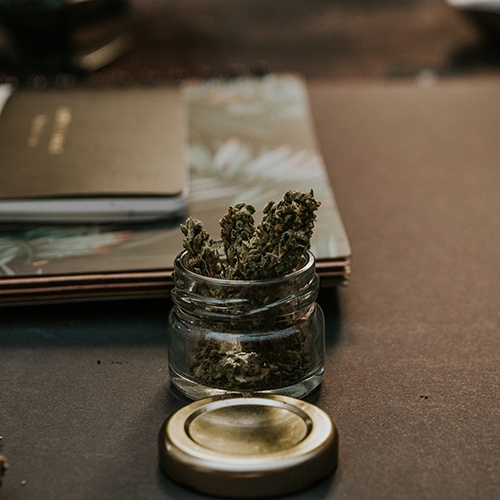 As most of us in West Virginia look forward to the arrival of summer, employers throughout the Mountain State may be feeling a little bit of trepidation.  After more than two years in the waiting, the West Virginia Department of Health and Human Resources (DHHR) Bureau for Public Health can begin issuing the patient and caregiver identification cards necessary to obtain medical cannabis on July 1, 2019.

Senate Bill 386 created The West Virginia Medical Cannabis Act, which allows for cannabis to be administered for certified medical use by a West Virginia resident with a serious medical condition.  The Act, which was signed into law by Governor Jim Justice back in April 2017, limits the use by approved patients to very specific forms of cannabis, including pills; oils; topical forms such as gels, creams and ointments; tincture; liquid; or dermal patch.  Although there also may be some limitedly approved uses through vaporization or nebulization, the Medical Cannabis Act does not allow for the private growing or smoking of marijuana in the traditional, recreational sense.  Only licensed dispensaries can issue cannabis products, and those products can only be issued in the approved forms.

Since April 2017, the State of West Virginia has been working to create the administrative infrastructure to oversee the program, including the creation of the Office of Medical Cannabis. Recently, the Legislature took an important step forward by passing a bill addressing banking services for the medical cannabis program and removing a potential obstacle that had slowed the program’s rollout.  This bill authorizes the state to allow financial institutions, including credit unions, to bid on contracts to process fees and other transactions collected under the program.  Across the country, obstacles to banking service for medical cannabis (as well as legalized recreational marijuana) programs have focused on the risks faced by financial institutions who offer such services while marijuana, medical or otherwise, is still illegal under federal law.

Considering the looming July 1 authorization date, employers need to be working to get their policies and procedures in order, especially while also giving careful thought to the new Safer Workplace Act (which will be discussed in more detail in a separate, future blog post).  Needless to say, the interplay between these two laws, with greater access to medical cannabis for employees on one hand and increased freedom for employers to conduct drug and alcohol testing on the other, introduces a variety of issues that require careful consideration.  And, most likely, there will be a lot of new lawsuits being filed, as both employers and employees try to walk a line somewhere between the two statutes.

Now, before anyone gets too worked up about folks using marijuana at the jobsite, remember that, for the time being at least, the Medical Cannabis Act limits the use of cannabis to just 15 “serious medical conditions” as defined by the Act itself.  These conditions include cancer; HIV/AIDS; amyotrophic lateral sclerosis (i.e., Lou Gehrig’s disease); Parkinson’s disease; Multiple Sclerosis; spinal nerve tissue damage; epilepsy; neuropathies; Huntington’s disease; Crohn’s disease; post-traumatic stress disorder (PTSD); intractable seizures, sickle cell anemia, severe chronic or intractable pain; and terminal illness that is expected to result in death within one year or less.  And while the Medical Cannabis Act legalizes the possession and use of cannabis to treat these conditions, while also providing employees with protection from discrimination based on that authorized use, it does not set up any scenario in which employees are permitted to be “high on the job,” as some employers originally feared.

While employees authorized for the use of medical cannabis will be afforded some new protections relating to the use of the medication itself, employees are not entitled to any accommodation, reasonable or otherwise, to allow for their use of medical cannabis upon the employer’s property.  Similarly, the Medical Cannabis Act does not limit an employer’s ability to discipline its employee for being under the influence of marijuana (whether authorized or illicit) in the workplace or while working “when the employee’s conduct falls below the standard of care normally accepted for that position.”

Without question, employers may prohibit cannabis use, even by authorized users, anytime the employee is expected to perform duties or tasks deemed to be life-threatening or that could result in a public health or safety risk if performed while under the influence of cannabis.  Most notably, this restriction would apply to any employee who operates a motor vehicle or other heavy machinery on the job.

While they do not currently address the usage of medical cannabis on the worksite, the rules of the Occupational Safety and Health Act (OSHA) do place a general duty upon employers to maintain safe workplaces.  After July 1, employers will need to begin carefully balancing this obligation against the Americans with Disabilities Act (ADA) and its requirements to accommodate the needs of employees suffering from any of the serious health conditions contained in the Medical Cannabis Act.

If you’re an employer and need assistance navigating these difficult decisions, Bowles Rice’s team of experienced labor and employment attorneys is here to help.