Rural Hospital Closures Are on the Rise
By Brock Malcolm on 02.25.2020
Posted in Health Care 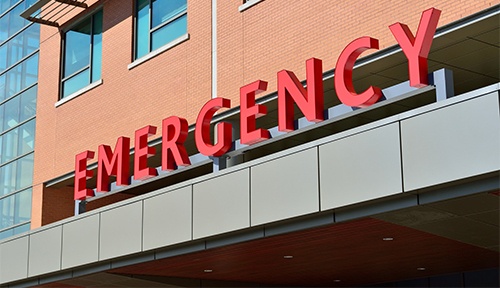 As the leader of the Bowles Rice Health Care Practice Group, I have the privilege of working with many of the fine rural hospitals serving underserved populations throughout West Virginia. But I am becoming increasingly worried about these important safety net providers.

Last week, it was announced that Fairmont Regional Medical Center would be closing its doors in just 60 days. Understandably, local residents were shocked, saddened and scared. But those working within the industry were not all that surprised, as rural hospital closures are on the rise – not just in West Virginia, but across the nation.

According to a report released by iVantage Analytics entitled “2016 Rural Relevance: Vulnerability to Value Study,” the rural hospital closure crisis continues to worsen. In its report, iVantage asserted that 673 rural hospitals were at risk of closure, and it estimated that 11.7 million patients were in danger of losing their access to much-needed health care services. According to the report, 210 of these hospitals were at an “extreme risk” of closure.

In response to the announced closure of Fairmont’s rural hospital, Joe Letnaunchyn, President and CEO of the West Virginia Hospital Association, said:

“Hospital care is the largest component of the healthcare sector in West Virginia, employing more than 46,000 people statewide and supporting nearly $10.5 billion in economic activity to our state’s economy. Hospitals serve as key access points of care for thousands of West Virginians – whether that’s in Fairmont, Wheeling, Kanawha County or Southern West Virginia. We must work collaboratively to preserve the care provided by our hospitals in these and other communities and help sustain the entire hospital industry in West Virginia.”

There are many reasons for the financial difficulties facing rural hospitals. In his statement, Mr. Letnaunchyn cited “[t]he longstanding realities of rural healthcare, including low patient volume, a heavy reliance on government payers and an older population with more chronic conditions, to name a few.” Further, he noted that shifts from inpatient to outpatient care delivery, growing behavioral health needs and markedly higher drug costs were recent changes that had become obstacles to rural hospitals. The National Hospital Association asserts that sustained Medicare cuts have threatened the financial viability of more than one-third of rural hospitals in America, and it has called upon Congress to pass legislation to protect rural hospitals.

Rural America tends to be older, sicker and poorer than the rest of the country, and West Virginia has one of the oldest and least healthy populations in the United States. Our people suffer many health disparities, in part due to a lack of access to affordable health care options. West Virginians tend to have higher rates of diabetes, heart disease, COPD, substance use disorder and depression. These rates will not improve as more West Virginians lose access to their local hospital.

Under the leadership of former Governor Earl Ray Tomblin, West Virginia decided to expand its Medicaid program under the Affordable Care Act. This expansion provided new coverage to thousands of previously uninsured people from low-income households, including those in our most rural and geographically isolated areas. Before this expansion, hospitals still provided care for these patients – only a large number of these uninsured patients could never pay for the medical care they received, and the costs of those patients were absorbed by the hospitals.

By increasing the number of people with insurance, the Medicaid expansion directly benefitted rural hospitals. Recently, however, there have been political attacks on Medicaid expansion, including efforts to “repeal and replace” and to implement work reporting requirements, that threaten to expedite the failure of already struggling rural hospitals by creating a dangerous reversion to prior uninsured rates.

“Closures of this magnitude would mean millions of rural patients across the country will lose access to their closest emergency room, and rural economies will suffer a devastating blow,” said Alan Morgan, CEO of the National Rural Health Association. According to the Chartis report, if all 673 vulnerable rural hospitals closed, it would mean a loss of 99,000 health care jobs and 137,000 total community jobs. In many rural West Virginia counties, the local hospital is the second largest employer, after only the local school system. If the local hospital closes, all of the people who were employed there lose their jobs. Many of these individuals would be forced to leave the county – or the state – in order to find other employment, all of which can have a detrimental trickledown impact on the local economy, including local schools and other small businesses.

I am proud to have the opportunity to work with West Virginia’s rural hospitals and other safety net providers. Hospitals lead their communities with resilience and innovation, and they meet the needs of West Virginia residents – often on a shoestring budget that is getting tighter all the time. Fortunately, there is still time for all of us to recognize the importance of small rural hospitals to the present and future success of West Virginia before they are forced to close!

As Mr. Letnaunchyn said last week, “It is time to seize the opportunity to develop thoughtful, strategic, long-term policy to protect access to high-quality care for the thousands of West Virginians living in rural areas.”