What Does a Potential Ban on Non-Compete Agreements Mean to West Virginia Health Care Providers?
By Brock Malcolm on 07.19.2021
Posted in Health Care, Labor & Employment 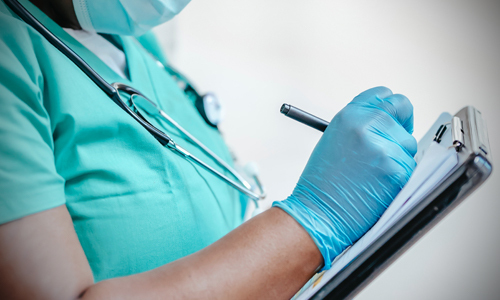 On July 9, 2021, President Joe Biden signed a very broad Executive Order intended to promote greater competition in the U.S. economy. As part of his larger competition plan, the President called on the Federal Trade Commission (“FTC”) to ban the use of non-competition agreements. According to White House estimates, non-compete agreements are used, in some form, to restrict the work options of between 36 and 60 million American workers. As my legal practice deals solely with health care providers – both from an employer and employee perspective – I know that non-competition clauses are utilized in most of the employment agreements offered to physicians and other medical providers. If these clauses are banned, it could have a huge impact on the way health care companies operate and negotiate with their medical providers.

At its basic level, a non-compete agreement is a legally binding agreement between an employer and an employee that prevents the employee from competing with his/her employer after the termination of the employment relationship. Such agreements generally contain a specific time period during which competition is prohibited, and they usually contain some sort of geographic region within which the employee is barred from working for the stated time period. While “non-competes” can be stand-alone agreements, more often they are relatively simple clauses contained within larger employment agreements. Medical professionals (including but not necessarily limited to physicians, psychiatrists, nurse practitioners, and physician assistants) are uniquely situated when leaving their employment, as they must weigh the needs and desires of their patients with the potential legal ramifications involved with the enforcement of the non-competition clause.

Over the years, debates have raged over the essential question of whether non-competes are good or bad things. As with so many things, the answer depends on perspective. Employers argue that non-competes are necessary to protect their investments in human capital, especially with regard to new medical providers. Employers often have to offer handsome salaries to recruit physicians, and it may take time for the employer to see any return on their investment as they must continue to pay those salaries even as the physician works to establish and build a practice – a process that can sometimes take years. From the employer’s perspective, it would be completely unfair to allow that physician to leave and begin working for the competitor across the street just when he/she begins to become fully productive. And, when you consider that the physician may take his/her entire patient population along to the competitor, it is easy to be sympathetic to the employers’ perspective.

Meanwhile, the medical professionals are not without some compelling arguments on their side as well. Employees insist that the agreements generally are not negotiated in an even-handed fashion and that, once in place, the agreements serve to hold the employee hostage and constitute an unfair restriction on the ability to make a living. In support of the President’s Executive Order, the Biden administration argues that non-competes serve to keep wages down and disempower employees from demanding better working conditions.

Currently, the applicability of non-competition agreements is governed by state law, and many see the President’s Executive Order as an attempt to eliminate the wide variances between the states, thus “leveling the playing field” across the nation. In West Virginia, the debate over non-competition agreements has found its way to the floor of the State Legislature with increasing regularity in recent years. In the most recent legislative session, a bill designed to completely kill non-compete agreements was unsuccessfully introduced – just four years after it passed a bill to significantly limit non-competition clauses pertaining to physician contracts. Signed into law by Governor Jim Justice on April 26, 2017, the Physicians Freedom of Practice Act (codified at West Virginia Code Article 47-11E-1 et. seq.) limits a non-compete covenant contained in a written agreement between a physician and his/her employer to one (1) year in duration and thirty (30) road miles from the physician’s primary place of practice. Prior to the passage of this statute, it was commonplace for employers to seek restrictions longer than one year and in excess of a 50-mile radius around the provider’s place of practice. Furthermore, the Act includes language that invalidates the non-compete provision when the employer is the one who initiates the termination of the employment relationship.

While there likely will always be critics on both sides of the issue, the Physicians Freedom of Practice Act was seen by most within the health care industry as a helpful step in clarifying the lines between which parties could safely travel. Previously, the terms of non-competition clauses were all over the board, and parties often were forced to resort to expensive litigation in order to settle the question of “reasonableness” in each case. Further complicating matters was the fact that individual state court decisions were far from consistent. With the Physicians Freedom of Practice Act, however, the legislature provided some much-needed guidance regarding reasonableness, and, perhaps even more importantly, the statute confirmed the validity of non-competes in West Virginia.

Now, for whatever clarity medical providers have enjoyed for the last four years, we all seem destined for a new period of uncertainty while the FTC considers the President’s request. Almost immediately upon the signing of the Executive Order, proponents of non-competition agreements, especially those within the tech industry, began crying foul, arguing that a total banning of non-compete agreements will lead to the rampant poaching of high level employees and will hamstring employers needing to protect confidential proprietary information and valuable trade secrets from walking out their doors and straight into the hands of competitors. To protect these important interests, many employers are advocating for some middle ground regulations that will leave non-competes in place for executive and other key professional positions, while potentially eliminating them for lower-level and more traditionally blue-collar positions. To this end, it is widely hoped that the FTC will decline to adopt a sweeping ban of all non-competition agreements and, instead, focus on implementing national standards to ensure that non-competes are used in a reasonable fashion and are interpreted in a consistent manner by the courts when challenges arise.

As we all await a decision from the FTC, now is a good time for health care employers to look at their usage of non-competition agreements. Hopefully, health care employers in West Virginia have already incorporated the rules of the Physicians Freedom of Practice Act into their new employment agreements; however, with more potential changes on the horizon, employers need to start considering alternative means of accomplishing their most important goals, rather than continuing to put all of their eggs in the non-competition basket. For instance, health care employers will want to consider implementing confidentiality and non-solicitation agreements to prevent the direct targeting of patients if a medical provider decides to leave for a new position with a competitor. At the same time, employers will want to carefully analyze their employee retention strategies, including compensation scales, benefits, and employment policies, to keep their key employees from looking for greener pastures in the first place.

Within the health care industry, it is common for both employers and employees to have questions regarding non-competition clauses and other employment contracting matters. When such questions arise, it is important to remember that Bowles Rice maintains experienced Health Care and Labor and Employment Practice Groups that can answer the most difficult questions and point clients in the right direction.