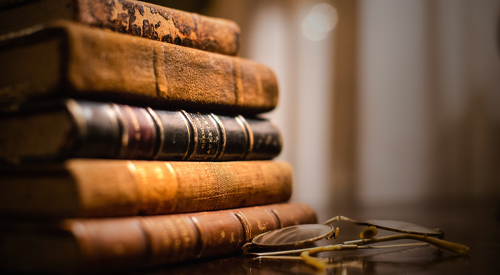 With the overturning of Roe v. Wade, West Virginians may now be prosecuted for inducing a miscarriage or performing an abortion under a century-old relic statute that has been dormant for years.  West Virginia Code § 61-2-8 provides in full:

Any person who shall administer to, or cause to be taken by, a woman, any drug or other thing, or use any means, with intent to destroy her unborn child, or to produce abortion or miscarriage, and shall thereby destroy such child, or produce such abortion or miscarriage, shall be guilty of a felony, and, upon conviction, shall be confined in the penitentiary not less than three nor more than ten years; and if such woman die by reason of such abortion performed upon her, such person shall be guilty of murder. No person, by reason of any act mentioned in this section, shall be punishable where such act is done in good faith, with the intention of saving the life of such woman or child.

None of the terms used in this statute are defined (although “abortion” is defined elsewhere in the Code), raising a number of questions:

Notably, the terms “abortion” and “miscarriage” appear to be used interchangeably in the statute until the sentence that imposes the charge of murder upon a person who facilitates an abortion (rather than miscarriage) that results in the woman’s death.  It is unclear whether lawmakers are implying that there is legal difference between abortion and miscarriage.  This is important because typically, abortion refers to the intentional termination of a pregnancy and miscarriage refers to spontaneous pregnancy loss.

Section 61-2-8 is a crime of intent.  As a former federal prosecutor, I know that intent—i.e. a person’s mindset—can be difficult to prove and can require an extensive investigation.  If a woman seeks and obtains an abortion that is not solely to save her own life, then that act itself should satisfy the intent element of this crime.  However, proving intent with a miscarriage would seem much more difficult, and could involve invasive probing into a woman’s health history, medical records, conversations with her medical care provider and others regarding her pregnancy, and her actions to determine whether she acted in some way with the intent to miscarry.

Even if a woman took or engaged in a “drug or other thing” with the intent of producing a miscarriage, the State has to prove that the individual who provided this “drug or other thing” knew that the woman was pregnant and knew that the intent of taking or engaging in the “drug or other thing” was to produce a miscarriage, and shared that intent.  The failure to define “other thing” is particularly concerning here, as prenatal care guidelines can be mercurial and inexact.  Some studies warn that deli meat or rigorous exercise may cause miscarriage.  It is reasonable to assume that the person in a woman’s life administering a drug or performing an abortion is a pharmacist or other health care professional, but in the case of the “other thing,” this statute does not exclude liability for a delicatessen or personal trainer.

The key question will be, to what lengths are prosecutors and law enforcement willing to investigate the causes of a miscarriage and the intent behind them?

While this statute assigns criminal penalties to the person administering the “drug or other thing” or performing the act rather than the woman, West Virginia’s conspiracy statute, § 61-10-31, and its aiding and abetting statute, § 61-11-6, could potentially be used to prosecute and imprison a woman for her abortion or miscarriage should the state find the requisite intent.  Both statutes punish a person who intends that an offense be committed and aids or acts in a way to further the offense.

As West Virginia prosecutors begin relying on § 61-2-8 to indict individuals and charge them with felonies, we will be watching closely to provide further insight.  If you have been charged with a miscarriage or abortion, please contact us for a consultation.  Reduced rate and pro bono defense may be available.