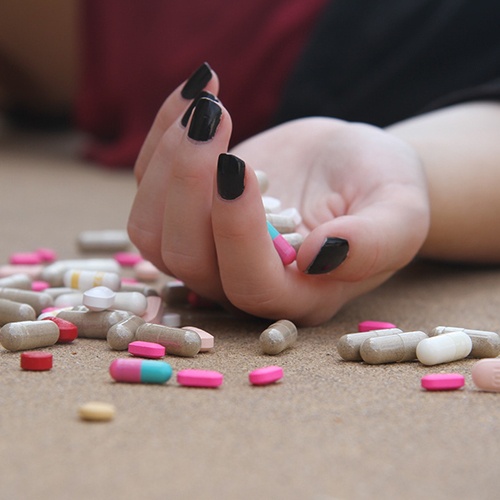 Appalachia is ground zero for our nation’s substance abuse crisis. Communities in Ohio, West Virginia, Kentucky and elsewhere find themselves firmly in the grips of addiction and they’re searching for solutions to this epidemic. Last year, more than 68,000 people died from an overdose in America. Illicitly manufactured fentanyl and other synthetic opioids caused the majority of these deaths, but methamphetamine use is surging and someday soon could become our most dangerous threat.

The genesis of today’s drug crisis can be traced to the overprescribing of narcotics in the late 1990s and early 2000s. The perils caused by prescription drugs led to increased scrutiny being placed upon health care providers by federal prosecutors and large numbers of pill mills being shut down over the past decade. This effort also led to a dramatic decrease in prescribing rates. More and more, doctors are taking a multi-disciplinary approach to pain management and treating patients with non-narcotic pain relievers, while using opioids as the last resort instead of the first line of defense. In addition, medical schools are doing a much better job of training future doctors on proper prescribing practices. In short, providers understand the drug dilemma our country faces and they’re working harder than ever before to prevent addiction from ensnaring their patients.

But even though doctors have turned the corner on responsible prescribing, the U.S. Department of Justice (DOJ) has adopted a strategy to ramp up the pursuit of health care professionals, particularly in this part of the country. Last year, the DOJ announced the formation of the Appalachian Regional Prescription Opioid Strike Force (ARPO). This unit focuses on criminal conduct by physicians, pharmacists, and other medical professionals related to opioid prescribing and health care fraud. In April, in just one ARPO operation, 60 defendants were charged, to include 31 doctors, 7 pharmacists, 8 nurse practitioners, and 7 other licensed medical professionals.

The tone for all of this was set by former U.S. Attorney General Jeff Sessions, who ordered the Drug Enforcement Administration (DEA) to significantly enhance its focus on doctors and pharmacists throughout the country. Sessions required the DEA to take the data that it collects from distribution figures and inventory and aggregate the numbers to find patterns, trends and statistical outliers and put them into targeting packages. New federal prosecutors were added in twelve judicial districts, including Southern West Virginia and Southern Ohio, to focus solely on investigating crimes related to prescription opioids. Sessions had this to say to doctors and pharmacists when he rolled out this initiative: “We are coming after you.”

When I was U.S. Attorney, we took an aggressive approach to these cases but never quite to this extreme. While deviant doctors should continue to be held accountable, the DOJ must keep its focus on the Mexican drug cartels and Chinese syndicates that are shipping lethal batches of fentanyl and methamphetamine to our region. If we’re to have any chance of loosening the grip that addiction has upon Appalachia, the federal government needs to devote the bulk of its precious – and finite – resources to the most serious of threats.