A Close Eye on Suboxone
By Gabriele Wohl on 01.29.2020
Posted in Substance Abuse, White Collar Defense 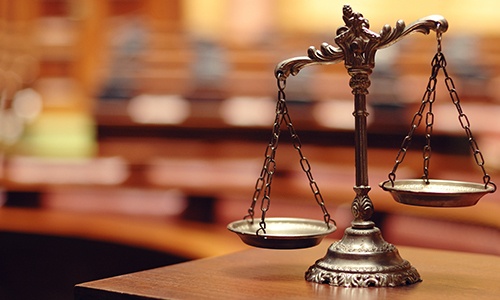 The opioid epidemic expands its reach every day while lawsuits against opioid manufacturers and distributors grow exponentially. By now, most of us are aware of the theory of liability of the pharmaceutical companies:  misrepresentations about the advantages and risks of prescription opioids combined with an aggressive marketing scheme resulted in mass overprescribing and addiction. One offshoot of the opioid crisis is the urgent need for viable recovery solutions on the individual level. One of these solutions is medication-assisted treatment – fighting drugs with drugs. Enter Suboxone.

Suboxone is a prescription-only combination of a buprenorphine and naloxone that delivers opioids but blocks the euphoric feeling associated with opioids. Suboxone is used in medication-assisted treatment for opioid addiction because it is supposed to ease withdrawal symptoms without triggering the brain’s need for more opioids.

In the midst of the firestorm against pharmaceutical companies for their role in the opioid crisis, there has been a massive federal attack on the makers of Suboxone resulting in a criminal prosecution and an unprecedented $1.4 billion civil settlement with the United States government. The civil settlement resolved False Claims Act claims brought by whistleblowers, but the criminal prosecution is ongoing.

Indivor, Inc., the company that marketed and sold Suboxone, was indicted in April 2019 for a fraudulent scheme directed at health care providers to increase Suboxone prescriptions. The 47-page speaking indictment (an indictment that tells a story rather than simply reciting the elements of a crime) alleges that Indivor made misrepresentations that its product was safer and less prone to misuse than other treatment drugs. Here is a quick summary:

Indivor developed the Suboxone tablet in 2002 and enjoyed a 7-year “exclusivity period” before sharing the market with any generic competitors. The demand was high and profits soared, but Indivor knew that once their seven years were up, the hundreds of millions in profits would dry up. So its leaders hatched a plan to put off competition. This involved developing Suboxone film – the same drug in a dissolvable film – and discontinuing the tablet under the pretext of child-safety concerns.

Indivor aggressively marketed Suboxone film (the allegations about marketing strategy are very similar to those against opioid makers in the early 2000s), touting how much safer the film is than the tablet with a much lower risk of accidental child ingestion. The artfulness of this alleged scheme was that once the competition was cleared to start selling generic Suboxone tablets, the market would be so saturated with negative press about tablets that no one would buy them and instead stick with the brand name Suboxone film. The indictment ends with a slew of fraud charges (e.g., conspiracy, wire fraud, mail fraud and health care fraud).

The Government’s indictment has 148 paragraphs of alleged facts describing Indivor’s scheme. Proving up that scheme requires mountains of evidence, and the U.S. Attorneys Office likely had been conducting a grand jury investigation for over a year collecting it. The allegations contain pretty damning quotes from alleged emails to or from executives:

“We could tie up generic for 1 year.”

“We need to think creatively about a safety story.”

“We need to develop a story about childhood exposures.”

It is important to remember that the indictment is the government’s version of the story, and the U.S. Attorney gets to control the narrative. Technically, the investigation belongs to the Grand Jury, but the pre-indictment work and indictment are by nature one-sided endeavors. I am naturally skeptical of everything I read, particularly by a self-interested author, so although the indictment is a fascinating read, I can’t comment on whether it holds up under the facts or the law. My experience as a former Assistant United States Attorney, however, lends itself to a few observations:

First, the indictment is heavy with details but fails to name anyone that participated in this far-reaching conspiracy. It does not have to at this stage, but a conspiracy is a lot stronger when you have co-conspirators who have already pled guilty and can testify to the conspiracy.

Next, Indivor settled their civil claims but continues to fight the criminal charges. For a company to cough up $1.4 billion on civil charges but hold the government to its much higher burden of proof on the criminal charges is significant. This prosecution may result in a plea, but in this pre-trial period, Indivor’s attorneys likely believe that they have a shot at suppressing evidence, excluding witnesses or uncovering facts that could end up crippling the government’s case.

Finally, with the uptick in federal prosecutions targeting health care providers, medication-assisted treatment that involves any measure of narcotics (like buprenorphine) are under scrutiny. Federal agencies are reeling from the opioid fallout and may be quick to overcompensate with Suboxone-related prosecutions. This is not to say that reasonable attention to marketing and prescribing practices is unwarranted, but when I was a prosecutor I saw far more addiction, drug trafficking and devastation related to methamphetamine and heroin coming into West Virginia in cars from Mexico (via other major drug source states) than to prescription drugs designed to treat addiction.

I look forward to following this prosecution and its eventual resolution through plea or trial, which is scheduled for the summer of 2020.