Is Student Loan Debt Forgiveness Subject to Income Tax?
By Kathryn A. Gioia on 09.06.2022
Posted in Tax Law 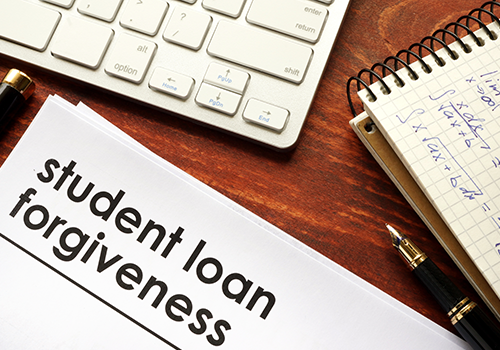 With the recent announcement on August 24, 2022 that up to $10,000 worth of federal student loans per borrower, and up to $20,000 for Pell Grant recipients, would be forgiven, many people are asking whether or not this forgiveness will be subject to income tax?

The general rule is that the IRS considers forgiven debt to be taxable as income for federal income tax purposes.

However, pursuant to §9675 of the American Rescue Plan Act (ARPA) there is no federal income tax owed on student loans that are forgiven between 2021-2025.  Section 9675 revised IRC §108(f)(5) and temporarily excludes certain discharges of student loan debt from income.  The IRS provided in Notice 2021-01 that lenders shall not issue Forms 1099-C, Cancellation of Debt, for discharges that qualify for this relief…which may complicate filing your state income tax return depending on where you live.

Nevertheless, it is possible for any state to find a way to exclude student loan debt forgiveness from state income tax.  And if you live in one of the nine states that do not have income tax then you will not have to worry about the forgiveness on your state return – those states being: Alaska, Florida, Nevada, New Hampshire, South Dakota, Tennessee, Texas, Washington, and Wyoming.

Virginia is another state which the news has been claiming that Virginia residents will be subject to income tax on the student loan debt forgiveness; however, that is not true.  Heather Cooper, a spokeswoman for Virginia Department of Taxation, stated that “to the extent that student loans forgiven through the recently announced student loan forgiveness program are exempt from federal taxation … they would not be taxable on the Virginia income tax return.”

No matter what state you live in, this is an unprecedented event which will certainly have an impact allowing many families additional financial breathing room.  And with alleviation of some, or all, of the burden of student loan debt, now may be the perfect time to contact a member of our experienced Tax Team to discuss your family’s needs and to start putting a custom estate planning strategy in place today for your family’s future.