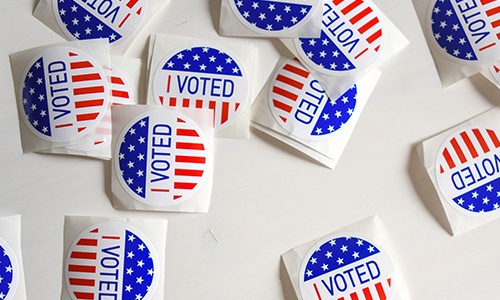 West Virginians went to the polls yesterday – at least figuratively – as the state’s delayed 2020 Primary Election finally took place.  And the election brought with it a number of electoral surprises.

With the postponement of the original May 12th election date due to the COVID-19 pandemic, more than 250,000 voters took advantage of mail-in absentee voting or the early voting process.  Tens of thousands of more votes were cast in person at polling places throughout the State yesterday.  This year, the entire Board of Public Works, a majority of the West Virginia Supreme Court of Appeals, half of the State Senate and all 100 House of Delegates members are on the ballot.

On the gubernatorial front, Republican primary voters overwhelmingly chose Governor Jim Justice to be their nominee in the General Election.  Justice’s win capped a contentious primary election cycle which saw Justice and Woody Thrasher go back and forth at each other with a barrage of negative advertisements.  The Democratic primary for governor was similarly divided, with Kanawha County Commissioner Ben Salango ultimately winning a close three-way race for the nomination that involved Stephen Smith and State Senator Ron Stollings

Voters also had the opportunity to cast ballots for three of the five members of the West Virginia Supreme Court of Appeals.  Because Justices are selected through non-partisan elections, yesterday’s vote was effectively the general election for the three court seats.  Justices Tim Armstead and John Hutchison will return to the Court for twelve and four-year terms respectively.  Former State Senator Bill Wooton appears to have narrowly held off Kanawha County Circuit Judge Joanna Tabit for the third seat on the Court.   The election of Armstead, Hutchison and Wooton closes the book on a tumultuous several years for the Supreme Court, which were marked by the 2018 resignations of then-Justices Menis Ketchum, Robin Davis and Allen Loughry.

On the state legislative front, the biggest news of the night was the loss of Senate President Mitch Carmichael (R-Jackson) to Mason County school teacher Amy Nichole Grady in the Republican Primary.  Carmichael was one of several Republican lawmakers who lost in the primary.  State Senators Sue Cline (R-Wyoming) and John “J.R.” Pitsenbarger (R-Nicholas) also lost their primary races, with Pitsenbarger losing to former State Senator Robert Karnes in the 11th Senatorial District.  In the House of Delegates, seven incumbent Republicans lost their re-election efforts, including Speaker Pro Tempore Daryl Cowles (R-Morgan).

At the general election, West Virginia voters will decide the majority of the State Senate (currently 20-14) and the House of Delegates (58-41-1), both of which are currently controlled by Republican majorities.  This year’s legislative races are of particular interest as the 85th Legislature will be responsible for the redistricting of all 134 legislative seats for the next decade.