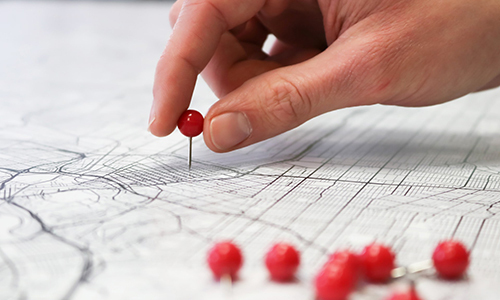 When you head to the ballot box next year, you may see some new names on your ballot. It’s not because it’s simply a new election year, but it’s also because your district for House of Delegates, State Senate and Congress may have changed.

In June of this year, the House and Senate formally kicked off the redistricting process with the passage of resolutions creating the Joint Committee on Redistricting. This group of lawmakers will be tasked with drawing the legislative district boundary lines for the next 10 years. House Speaker Roger Hanshaw and Senate President Craig Blair appointed Delegate Gary Howell, R-Mineral, and Senator Charles Trump, R-Morgan, to lead the committee.

The efforts of the Joint Committee on Redistricting are already underway. The Committee has announced a series of 12 in-person public hearings, four of which have already taken place, in which citizens can voice their opinions regarding the redistricting process.  The first event took place July 27 in Winfield, the second on July 29 in Logan, the third on August 3 in Beckley, and the fourth on August 4 in Summersville.

If you missed one of these events, there remaining list of meetings are as follows:

All of the remaining public hearings will take place from 6-8 p.m. at each of the locations listed above. West Virginians will have the opportunity to speak during these meetings so long as they arrive by 6 p.m. and sign up to speak accordingly.  The Legislature has indicated that several virtual public forums will also be available. Previous meetings can be viewed on the West Virginia Legislature’s YouTube page as well.

While folks are anxious to see the new districts and who exactly will be running for office in their area, the Legislature is still awaiting the final Census Data, which is anticipated to be receive in the next few months. Shortly thereafter, the Committee will begin the process of finalizing the new district lines and a special session of the Legislature will be called. Time is of the essence, as lawmakers must complete the redistricting process in advance of next year’s election, which kicks off in earnest during the January 2022 candidate filing period.