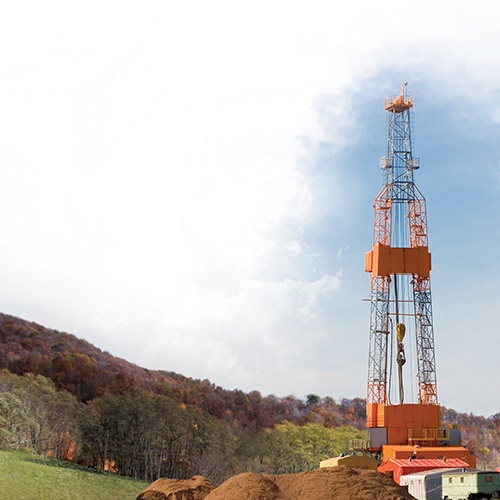 The last several months have been busy ones for the West Virginia Supreme Court of Appeals on the oil and natural gas front, as the Court has issued three significant opinions impacting the industry.   The three cases recently decided by the state Supreme Court uniquely affect unconventional drilling operations in West Virginia’s developing oil and gas industry.

First, in EQT Production Company v. Crowder, et al., the Court held that a mineral owners’ implied surface use rights are limited to those uses that are reasonably necessary to develop minerals underlying the surface estate.  Second, the Court ruled that the State Tax Department improperly calculated the allowed operating expense deduction as part of the ad valorem property assessment for oil and gas wells in Steager v. Consol Energy, Inc.  Third and finally, the Court issued a split-decision in Andrews, et al. v. Antero Resources Corp. that allowed natural gas development to continue over the objections of landowners, but ultimately avoided broader issues of law relating to potential nuisances created by horizontal drilling.

In Andrews, a number of surface owners complained that their use and enjoyment of their property was being adversely and substantially burdened by the use of horizontal wells to develop the Marcellus shale underlying their properties, even though the wells were not physically located on any of those properties.  The Court held, in a 3-2 decision, that the surface owners failed to adequately show that the operations complained of were not reasonably necessary for the development of the underlying oil and gas by horizontal drilling methods.   Nor did a majority of the Court believe that sufficient evidence was presented establishing any objective, direct injury incurred by the landowners or that the complaining landowners had demonstrated that the horizontal drilling operations imposed a substantial burden on the landowners’ surface estates, given that the production and extraction of oil and gas occurred from wells located on other property.  Importantly, however, the Court left for another day questions as to whether or not surface owners might have a nuisance claim for similar activities.

In the overall scheme of natural gas development, it is unlikely that the Crowder court’s decision will drastically impede oil and gas drilling activities because many West Virginia operators already obtain surface use agreements from surface owners before commencing drilling operations.

However, the specific issue contested in Crowder may have been better addressed by the Legislature or relevant government agency, with input from interested parties.  In fact, the Court’s decision in Martin v. Hamblett, 737 S.E.2d 80 (W. Va. 2012), recognized the need for the Legislature to re-examine certain laws and regulations governing oil and gas exploration and development after advancements in horizontal drilling operations.  Similarly, the nuisance issues left undecided by the Court in Andrews likely warrant further legislative clarification prior to a judicial declaration on this front.

Following the Court’s decision in Steager, the State Tax Department must now revise its method for calculating the allowed operating expense deduction based on a fixed number pursuant to state regulation.