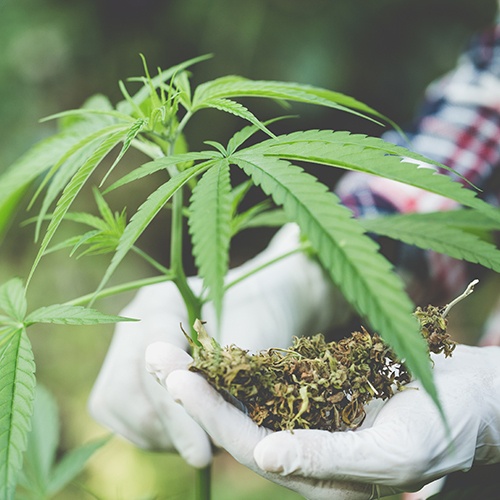 While there’s been much discussion of medical cannabis in West Virginia over the last several years, far less attention has been given to the industry that is slowly and steadily building around marijuana’s non-intoxicating cousin – hemp.

Derived from the cannabis family of plants, hemp is distinguishable in large part because of its very low levels of THC – the chemical that produces the psychological effects of marijuana.  The lack of intoxicating properties associated with hemp has made development of the product more palatable to policymakers, and the regulatory framework for developing industrial hemp far less cumbersome than the medical cannabis industry.  Processed hemp is used for a wide-variety of items, including clothing, textiles and popular cannabinoid (CBD) oils.

With the passage of SB 447 in 2002, West Virginia officially recognized industrial hemp with no more than 1% THC levels as an “agricultural crop.”  Since that time, the growing of hemp in our state has been regulated by the West Virginia Department of Agriculture.

The West Virginia Industrial Hemp Act was largely inactive until recent years, when both the United States Congress and the West Virginia Legislature enacted laws establishing the regulatory framework for a functional industry.

The passage of the federal Farm Bill in 2014 gave states the official go-ahead to build programs for industrial hemp.  Reauthorization of the Farm Bill in 2018 greatly expanded the opportunities for the commercialization of industrial hemp, and allowed for the transportation of the product across state lines.  The West Virginia Legislature has responded accordingly, updating West Virginia’s Industrial Hemp Development Act, W.Va. Code 19-12E-1, et seq., to account for the changes in federal law and facilitate growth of the industry in the Mountain State.

Although industrial hemp is far less regulated than medicinal marijuana, the industry is still a well-regulated venture that features a multitude of evolving state and federal laws and regulations.  Bowles Rice regularly counsels individuals and businesses who are interested in exploring or growing an industrial hemp business.  For those with questions about navigating the industry’s regulatory framework, the Bowles Rice Industrial Hemp and Medical Cannabis Group stands ready and able to assist.