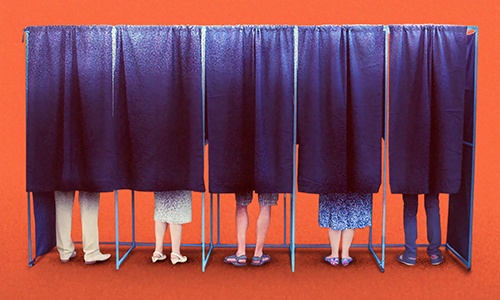 With the month of July nearly complete, and many West Virginia counties experiencing an uptick in COVID-19 positives, attention has started to turn towards the State’s 2020 General Election slated for November 3rd.  With West Virginia’s Primary Election pushed back nearly a month due to COVID-19 concerns, many are wondering whether the General Election will bring a repeat of remote voting through an expanded absentee ballot process.

During his daily COVID-19 press briefing, Governor Jim Justice fielded a question about the 2020 General Election and expressed his preference to return to a more normal election process.  Specifically, Justice noted that “[f]rom the standpoint of absentee, I think what we’re going to do is go back to the way we were” prior to the pandemic.  If that is the case, all West Virginia residents would not be mailed applications for absentee ballots for the General Election as they were for the Primary.  In total, the State had 262,503 requests for absentee ballots during the Primary Election, of which 224,777 were utilized to cast votes.  Absentee ballots accounted for approximately 50% of all votes cast during the Primary Election, with nearly 20% of all registered voters in West Virginia voting by absentee.

This week, Secretary of State Mac Warner also discussed West Virginia’s election efforts with the U.S. Senate Committee on Rules & Administration.  Warner was one of several officials invited to speak to the Committee about the 2020 General Election, as a bipartisan group of lawmakers heaped praise on West Virginia for its Primary Election efforts.  Warner noted that the State is well positioned for a similar performance in the General Election and stressed the importance of voter education regarding election deadlines and process.  “West Virginia showed that we, as a nation, can hold a safe and accessible election during the pandemic,” Warner concluded.

Time will tell what West Virginia’s 2020 General Election will look like, as much will be determined by the status of the COVID-19 outbreak.  Summer months are typically peak campaigning season, as candidates go door-to-door and participate in festivals and holiday parades on a nearly weekly basis.  With most events canceled due to the pandemic, we’re just now slowly starting to see the resumption of some socially distanced in-person fundraising and meet-and-greet events.

While all eyes are certainly focused on the COVID-19 numbers in the state, expect to see more coverage of candidates soon.  West Virginians will have the opportunity to vote for President, a U.S. Senator and all the Board of Public Works officers in the state just to name a few of the key races.  Accordingly, we can expect to see candidates start flocking to television ads in the next few weeks as they try to get their message out ahead of potential absentee votes.  Although we aren’t sure what the COVID-19 situation will look like over the next few months, it’s safe to say it will be a heated and contested election season this fall.