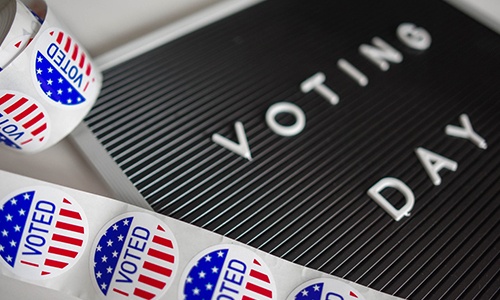 Count West Virginia’s 2020 Primary Election among the many aspects of our lives that have been impacted by the COVID-19 public health crisis.  After days of questions regarding whether an election can be effectively administered in the midst of social distancing and stay at home orders, Governor Jim Justice announced on Wednesday that the primary election will now take place on Tuesday, June 9, 2020.

West Virginia is one of many states to see its primary election impacted by the coronavirus.  While some states have conducted elections in the midst of the ongoing pandemic, the National Conference of State Legislatures indicates that at least twenty states still have primary elections pending, with seven of those states moving their election dates to June 2nd.  A handful of states also conduct their elections completely by mail.

Prior to the Governor’s announcement, West Virginia had already decided to expand the allowance of absentee ballots to be cast for the upcoming primary election.  Earlier this month, Secretary of State Mac Warner issued emergency rules clarifying that individuals may now vote by absentee ballot as a result of the COVID-19 pandemic.  As part of this expanded absentee ballot process, currently registered voters will automatically receive an application for an absentee ballot in the mail.  Once approved by their County Clerk, a postage prepaid absentee ballot and materials will be mailed to the registered voter.

Despite these expanded absentee ballot measures, questions remained regarding the original May 12th primary election date.  Some officials, like Kanawha County Commissioner Kent Carper, had questioned the safety of holding in-person voting so close to West Virginia’s projected coronavirus “peak.” A growing chorus of state legislators, including Senate President Mitch Carmichael and House Minority Leader Tim Miley, also expressed support for delaying the primary election.  It is against this backdrop that Governor Justice, in consultation with Secretary of State Warner and Attorney General Patrick Morrisey, made the final decision to move West Virginia’s primary election date.  While the expanded absentee ballot provisions will remain in place, Governor Justice noted the delay of the primary election date was to allow West Virginians the opportunity to vote in their regular polling places come June 9th.

Prior to the Governor’s announcement, there was no question that the coronavirus had already significantly impacted West Virginia’s primary election.  Social distancing and stay at home orders have rendered traditional campaign activities null and void, as your typical door-to-door outreach, town halls and fundraising events have all ceased.  Candidates have taken to e-mail updates, social media and telephone town halls to reach voters during their time in quarantine.  However, with so much going on in the world, much of the election focus has expectedly gone by the wayside.

With the primary election now delayed by 27 days, it will be interesting to see what additional measures, if any, state leaders take on this front and whether West Virginians will still be tuned in to a primary election taking place in summer.  The original deadline to register to vote for West Virginia’s primary election was April 21, and applications to vote by absentee ballot were due by May 6th.  Early voting at county courthouses and other designated locations currently was slated to begin on April 29th.  Governor Justice indicated in his daily briefing that those deadlines, and others like them, would be moved proportionately to coincide with the newly announced primary election date.  West Virginians are encouraged to visit the Secretary of State’s website for the latest coronavirus election voting information.