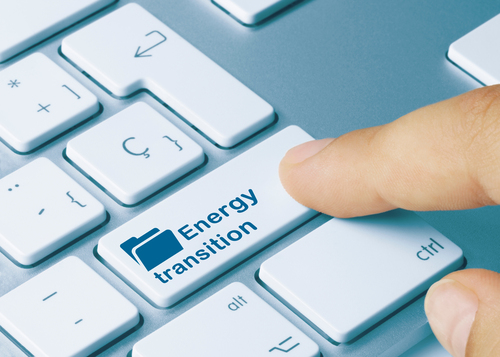 West Virginia has seen great interest and much progress in the development and planning for of alternative electric generation in recent years.  These efforts have been further bolstered by legislation such as the Bipartisan Infrastructure Law (“BIL”) and the Inflation Reduction Act (“IRA”).  As these efforts to add cleaner energy and more electricity generation to the state increase, the West Virginia Public Service Commission (“PSC”), the governing body in charge of reviewing and approving applications for electrical generation projects, has recently made its stance on the transition to cleaner energy known.

Refreshingly, the PSC is looking at the energy transition in a rational and pragmatic way.  While many across the country and around the world want to dive headfirst into renewable energy and claim that renewables alone can currently provide our electricity needs, the PSC has the experience and knowledge to understand that reliability and prudent use of existing generation resources must be evaluated in developing sound public policy.

PSC Commissioner Charlotte Lane in a recent article said that “unlike fossil fuel facilities, which can produce power around the clock, wind facilities can produce only within certain wind speed ranges, and solar facilities have no production capability when the sun goes down or it’s covered by clouds. Due to the intermittent nature of wind and solar generation, replacing 1 megawatt of coal-generated electricity will require 3 megawatts of wind capacity and 4 megawatts of solar capacity.”

Commissioner Lane went on to discuss how wind and solar facility costs do not include backup facilities needed to meet load requirements, and that adding in such battery storage capacity will make such facilities more expensive than baseload power plants.  Additionally, Commissioner Lane discussed how the PSC has never rejected or denied an application for a certificate to site a renewable energy project in West Virginia to date.  Commissioner Lane closed her article by stating that the PSC “is leading West Virginia in the transition to locate more renewable facilities in the state, but we will not go cold turkey on coal at the expense of West Virginia ratepayers.”

This understanding of the needs of the grid, ratepayers, and required baseload power can ensure West Virginia will not face rolling blackouts or required energy conservation efforts which we have seen across California, Texas, and even internationally in Germany.  However, what remains to be seen is how West Virginia will handle properly replacing baseload power as decarbonization becomes a priority and as the cost of running coal plants, by way of carbon taxes, regulation, and/or insurance payments, become uneconomical.  Nuclear energy may become the preferred transition for many states and countries if the industry can develop a track record of constructing facilities close to budget and close to on-time.

The coal-to-nuclear transition presents an option for replacing existing baseload power with cleaner baseload power, if and as public officials and others continue to pursue decarbonization.  The capacity factor of coal plants in the US currently sits at around 50%, whereas the average capacity factor for nuclear plants is around 92%.  This means that coal plants have to run twice as long as a nuclear plant to produce the same amount of energy, similar to the comparison Commissioner Lane posed with coal and renewables.

One inherent advantage of Small Modular Reactor (“SMR”) nuclear power is such facilities can step into the existing small land footprint of coal fired generation, make use of the transmission lines which are already in place, and generate a magnitude of electricity comparable to the former coal fired power plant.  Renewables are often challenged by limited locations which may not be proximate to existing transmission lines.  Surmounting all the legal challenges to construct new transmission facilities is a time-consuming and risky undertaking.

The coal-to-nuclear transition would also result in a near doubling of post construction higher paying employment levels as compared to coal fired power plants, whereas renewables require few employees once constructed.  Nuclear energy’s 24/7/365 generating capacity can also support manufacturing and supply chain opportunities, investments in our energy communities, as well as provide cleaner environments which can allow more tourism to the beautiful Mountain State and Appalachia.

The transition to alternative energies will take time. West Virginia is experiencing a resurgence in economic growth and therefore demand for power, and for many reasons is the perfect place to demonstrate the ability of an all-of-the-above strategy to revitalize the energy communities that have helped power this country for over a century.

For additional information on our team and services, please check out our firm’s Nuclear Energy webpage and be sure to follow me on Twitter @AtomicAttorney.