What Nuclear Can Do for West Virginia
By Marc Mignault on 06.29.2022
Posted in Nuclear Energy 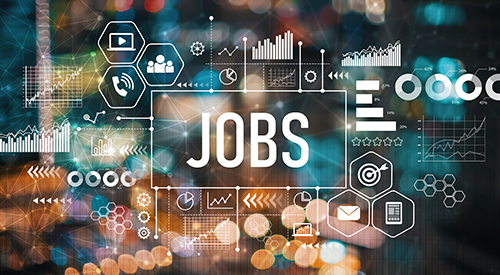 While our previous two posts looked at a great deal of information on the nuclear industry, its recent advances, and West Virginia lifting its nuclear moratorium, the big question which remains is how might nuclear energy help West Virginia? I’m ever so glad you asked!

Energy markets have always evolved and will continue to evolve. Here in West Virginia, in recent years elected officials, development officials, business leaders and many others have quickly adopted and advanced an “all of the above” strategy in terms of power generation, building on our history of excellence in the production and transmission of power, and embracing new forms of power generation. There are wind and solar power projects all over the state, with more under development. We have hydropower and pump station projects. We have the richest geothermal resource in the United State east of the Rockies.

To this expanding menu of power generation sources, we can and should add nuclear energy. Doing so will capitalize on our existing and remarkable power generation and transmission infrastructure and create jobs and opportunities for West Virginians for decades to come as I discuss below.

With some power plants sitting dormant across the state, the questions arise as to how we might be able to utilize these assets and help our communities and state. The plants and the surrounding infrastructure have been built at great cost to customers and West Virginians, so, it should only stand that their investment garner some return still, all while providing further support to the surrounding communities and workers. That is where nuclear energy comes into play.

Nuclear energy operates at a 93% capacity factor while providing always available (24/7/365) clean, reliable, and efficient power, and doing so with a safety record just as impressive as wind and solar. Nuclear energy is also an economic multiplier as it requires manufacturing jobs, uranium mining and fuel cycle jobs, plant workers, skilled tradespeople, electricians, welders, pipe fitters, engineers, and many more jobs in which West Virginians are already highly skilled. West Virginia knows very well that these jobs are intergenerational and anchor families in communities, and with the nuclear industry advancing, these employment opportunities can be around for a long time to come. The jobs created by nuclear energy are also the best in the electricity-generation industry with the average annual wage for a nuclear power reactor operator being over $100,000. Investments in nuclear energy are investments in workers and communities and our struggling coal communities need such investments more than anywhere else.

There is great synergy and overlap in the nuclear and coal industries. Both nuclear and coal power plants boil water to create steam which turns a turbine and provides energy to the grid. The back end of the power plant essentially does not change with a transition from coal to nuclear power, so the workers in those jobs are already trained and in position. The only difference is that the water is boiled using a new method. This allows for around 75% of the existing workforce to be utilized immediately, while the other 25% can be re-trained and additional workers hired. Nuclear energy and advanced reactors can also be placed directly into the existing coal plants. The new small modular reactors (SMRs) are capable of being implemented into existing coal power plant sites and they can use the existing cooling towers, transmission lines, and other infrastructure.  This can save tens, if not hundreds, of millions of dollars in construction costs, vast amounts of time on construction and permitting, and it will even alleviate the need of West Virginian plant workers to relocate from their communities. These SMRs allow for the existing plants to continue returning on the investment made by customers and taxpayers, all while becoming more profitable and providing more and better paying jobs to the workers. A power plant built with SMRs will require approximately double the number of permanent workers a coal plant does, on top of the need for numerous construction and manufacturing jobs for the retrofitting process.

Not only do West Virginia’s power plants pose a great opportunity for nuclear, but West Virginia has also become a hotbed of economic and manufacturing activity for new businesses with the likes of Nucor, PepsiCo, GreenPower Motor Company, Inc., and Mountain Top Beverage, LLC, all coming into the state with new projects.  West Virginia is well aware that these new businesses and others like it are looking to utilize clean, secure and reliable energy.  Nuclear energy checks all the boxes.  As these businesses and more like them come to West Virginia, they will require a great deal of electric and thermal energy to power their operations. Additionally, larger industrial customers, including electric vehicle manufacturers and more electric vehicles in the state, will place more of a burden on the grid, so to support such capacity the grid will need to rely on consistent and affordable energy to ensure residential customers are not affected and prices do not rise. Also, more electric vehicles being charged off of electricity generated by coal has shown to create far more greenhouse gas emissions than the actual use of a gasoline-powered car. As discussed above, nuclear energy is an extremely reliable, efficient, and now affordable form of clean energy, and it can provide the power to support all of these initiatives and help our state grow.

Nuclear energy and SMRs can also support many other industries West Virginia is looking into and currently operating in. Nuclear energy has been shown to be one of the best energy sources for the creation of clean hydrogen, known as pink hydrogen when such production is powered with nuclear energy. As West Virginia looks to become a hydrogen hub for the country, utilizing SMRs which generate incredible amounts of energy and heat, both of which are needed in the creation of clean hydrogen, would allow West Virginia to make hydrogen on an efficient, clean, and affordable basis. Due to the small size of the SMRs, a hydrogen project could be placed almost anywhere in the state and made of varying sizes, as well as incorporating power from other energy projects, including renewables. West Virginia could also power remote mining and energy operations with SMRs. Due to the need of long transmission lines, trucking of diesel fuel, or other long “tails” (supply lines needed to sustain remote operations), these operations become more expensive and less economical. However, nuclear power can meet these needs due to its energy density, the lack of the need to refuel for years, the ease of moving microreactors (on trucks even), and the passive safety designs and indestructible fuel they now utilize (see our previous blogpost for more information on those). TC Energy even sees this opportunity as they hope to utilize SMRs to power their operations in Alberta’s oilsands.

Other states are beginning similar transitions. We see the top coal producing state in the country, Wyoming, partnering with TerraPower and GE Hitachi Nuclear Energy to advance a molten-salt reactor demonstration project at a retired coal plant. X-energy and the Maryland Energy Administration (MEA) are looking into opportunities to create jobs and develop clean energy within the state of Maryland by awarding grants to X-energy and Frostburg State University to evaluate the economic viability and social-economic advantages of repurposing a specific Maryland coal-fired electric generating facility with X-energy’s Xe-100, a high-temperature gas-cooled SMR. Additionally, NuScale believes its 12-module SMR plant (VOYGR-12) can use the current infrastructure of a coal plant and fit within the confines of an existing coal plant property, to produce 924 MWe of clean energy on just 0.05 square miles.

The government is also looking to assist the states in these transitions. Some of the recent legislation to support the nuclear industry and these transitions has been proposed by West Virginia’s U.S. Senators:

“Nuclear energy is an important source of zero-emission, baseload power that is critical to providing reliable, affordable, and dependable power as we chart the path to a cleaner energy future. Advanced nuclear technologies also provide an opportunity to repurpose shuttered coal and fossil-generating plants, which could bring new high-paying jobs and economic opportunities to communities throughout West Virginia and the nation while expanding our domestic nuclear supply chain.” said Senator Manchin.

West Virginia’s energy future is bright indeed.  Nuclear can and should play a big part in our ever evolving “all of the above” approach to power generation here in the Mountain State.  Adding nuclear to our portfolio of power generation expertise and experience honors our finest traditions and will create opportunity and prosperity for years to come.

For additional information on our team and services, please check out our webpage and follow me on Twitter - @AtomicAttorney.