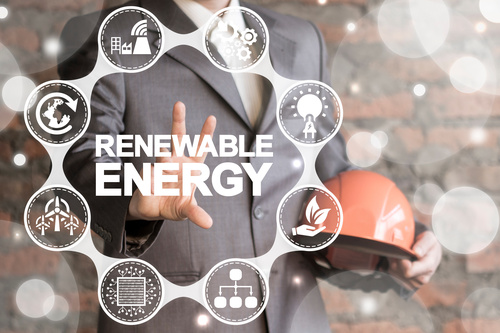 On September 12, 2022, the West Virginia Legislature passed a groundbreaking piece of legislation that is paving the way for the energy future of many industrial and manufacturing projects in the state, as well as for alternative energy companies interested in the Mountain State.

The legislation, Senate Bill 4001, establishes the Certified Industrial Business Expansion Development Program (“the Program”) and grants the Department of Economic Development (“DED”) the authority to administer the Program. Under the Program, DED may certify high impact industrial business development districts, but currently are limited to creating only two such districts. An area is eligible to be considered as such a district if it is no larger than 2,250 acres, located on land sold or leased by a state or local government entity for the purpose of creating a district, or on land that was previously used for coal mining.

Berkshire Hathaway Energy was a key driver behind the passage of this bill, as it has simultaneously entered into a purchase agreement with the state for the former Century Aluminum plant in Jackson County, West Virginia. Berkshire Hathaway Energy wanted to be assured of an on-site source of alternative energy without needing to go through the PSC, and now they have it. The Jackson County site will be the first of potentially two special high impact industrial business development districts in West Virginia. As more manufacturing and industrial projects pour into the state, the location of the next special district is unknown.

The allowance of renewable energies providing on-site and direct-to-customer electricity is a huge boon for manufacturers and alternative energy companies in West Virginia. The significance of this legislation does not stop there though. With West Virginia fully embracing an all-of-the-above energy strategy, the use of alternative energy for on-site or direct to customer projects can be an even further game changer. Many companies across the country are looking to alternative energy, especially nuclear energy, for on-site and direct-to-customer electricity or thermal heat generation for their projects. Industrial and hard-to-decarbonize sectors are keen on utilizing the new small modular reactor (“SMR”) technology for such purposes, as well as ensuring reliable, affordable, and clean energy for their projects whilst also facilitating the decarbonization goals of states and the country alike. Examples include:

Many of these advanced nuclear companies are currently looking into which jurisdictions have legislation and policies which would allow the cutting of much red tape and foster the industrial and energy-generation partnerships they are looking for. West Virginia’s new legislation certainly opens the door for multiple forms of renewable and alternative resources to be utilized to drive West Virginia manufacturing, job creation, community growth and revitalization, as well as ensures lower energy and electricity prices for West Virginians.

West Virginia is key to so many industries, but the energy and manufacturing sectors are by far the biggest. Expanding and fostering those sectors here at home ensures the security of both for the state and the country. This is a big step forward for the state and should have West Virginians excited as more businesses and jobs can locate here and help revitalize our local economies. Going all in on all-of-the-above benefits everyone in West Virginia.

For additional information on our team and services, please check out our firm’s Nuclear Energy webpage at, and follow me on Twitter - @AtomicAttorney.