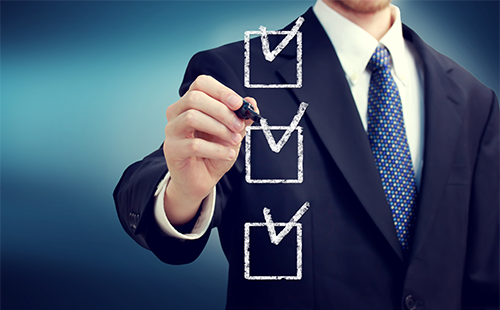 Some of the notable quotes and statements from the conference exemplifying the importance and belief in nuclear energy were the following:

“Nations understand that an affordable, reliable, resilient, clean energy mix is essential to long-term climate security, economic security, energy security, and national security. And that has led to a rising interest in nuclear power.” –US Secretary of Energy Jennifer Granholm

“We cannot ask out population to choose between the environment and energy, we have to do both. That’s where nuclear comes in.” –Organization for Economic Co-operation and Development, Nuclear Energy Agency, Director General William D. Magwood, IV.

“If we are going to double nuclear capacity by 2050, at minimum, then it is going to take a lot of reactors. In the United States we see a lot of opportunities for the sites and locations of those where there are retiring coal plants.” –Assistant Secretary and head of DOE’s Office of Nuclear Energy, Dr. Kathryn Huff

Dr. Huff also noted that the United States must stop premature reactor shutdowns; government must foster investment in nuclear energy, advanced nuclear, and SMRs; and the peaceful use of nuclear power is essential to energy security across the world.

At the conference the International Energy Agency (IEA) highlighted that their much-anticipated World Energy Outlook 2022 report would be published just after the conference’s close. A representative of the IEA provided a brief preview at the conference by remarking that the report would show that the use of nuclear energy must double and investment in nuclear power must triple by 2050 if we hope to decarbonize and meet climate goals by that time.

In the IEA’s Net Zero Emission (NZE) Scenario shown in the report, electricity becomes the new linchpin of the global energy system, providing more than half of total final consumption and two‐thirds of useful energy by 2050.

“Total electricity generation grows by 3.3% per year to 2050, which is faster than the global rate of economic growth across the period. Annual capacity additions of all renewables quadruple from 290 GW in 2021 to around 1,200 GW in 2030. With renewables reaching over 60% of total generation in 2030, no new unabated coal‐fired plants are needed. Annual nuclear capacity additions to 2050 are nearly four‐times their recent historical average.”

The report notes that the world needs an over 50% increase in nuclear power capacity by 2035. “Nuclear power generation more than doubles in the NZE Scenario by 2050, although its share falls from 10% in 2021 to 8% in 2050, as total generation expands rapidly.” More than 30 countries, where nuclear power is accepted, are expected increase their use of nuclear power. Widespread lifetime extensions in advanced economies, such as those we are seeing in the US, provide a foundation for global grids and the continued deployment of renewables. “An annual average of 30 GW of new nuclear capacity is needed and expected to come online in the 2030s, marking a major comeback for the nuclear industry, and innovative technologies including small modular reactors which will become available on the market.”

“Electricity security is of paramount importance in the NZE Scenario as the global economy becomes more and more dependent on reliable and stable electricity supply. Security depends on grids being modernized and digitalized to facilitate more advanced and smarter operations as the number of users and uses of electricity expands and as the nature of electricity supply evolves. It also depends on system flexibility, which is fast becoming the cornerstone of electricity security. In the NZE Scenario, power system flexibility needs to quadruple between today and 2050, driven by the fast‐rising share of variable renewables and changes in electricity demand patterns. Unabated coal and natural gas power plants and hydro have traditionally provided the lion’s share of flexibility to power systems. This changes dramatically in the NZE Scenario as electricity shifts to low‐emissions sources of generation. Batteries and demand‐side response meet more than half of the flexibility needs in 2050, with another quarter coming from hydropower and most of the rest from low‐emissions thermal power plants, including nuclear, fossil fuels equipped with CCUS and plants that co‐fire hydrogen or ammonia.  Around 5% is still provided by unabated natural gas.”

The continued role of nuclear power in the electricity sector relies on decisions to extend the lifetime of existing reactors and the success of programs to build new ones.

“This requires the completion of 120 GW of new nuclear capacity over the 2022‐30 period, as well as the addition of another 300 GW worth of new reactors (the equivalent of almost three‐quarters of the current global fleet) between 2030 and 2050 in over 30 countries. In the NZE Scenario, a wave of lifetime extensions in advanced economies in the 2020s helps limit global emissions, and an average of 24 GW of capacity added each year between 2022 and 2050 more than doubles nuclear power capacity by 2050. The nuclear share of the electricity mix, however, falls to 8% in 2050 due to very strong growth in electricity demand in the NZE Scenario.”

To reach these goals, annual global investment in nuclear power needs to increases from $30 billion during the 2010s to over $90 billion by 2030.

“At just over 5,000 kg/MW, nuclear power is the least critical mineral‐intensive technology among the suite of low‐emissions power generation technologies (IEA, 2021b).”

The IAEA’s Ministerial Conference also was the platform for announcements from many countries on partnerships being formed for nuclear energy purposes.

The United States and Japan announced their partnership with Ghana to support deployment of SMRs in Africa. The three countries will collaborate to make Ghana a regional SMR hub. One aim is to deploy a NuScale VOYGR plant. A feasibility study supported by the Japanese government will explore deployment of a NuScale VOYGR™ SMR power plant in Ghana.

“This is a HUGE step in strengthening our relationship with Poland to create energy security for future generations to come. We are excited to continue this partnership to drive forward a clean energy transition with our counterparts in Europe.”

“This announcement also sends a clear message to Russia: We will not let them weaponize energy any longer. The West will stand together against this unprovoked aggression, while also diversifying energy supply chains and bolstering climate cooperation.”

This is a great step forward for the US as our nuclear construction prowess needs to be restored. The US has only completed one reactor since 1996 (Watts Bar Unit 2) and is now completing the second and third reactors built since 1996 (Vogtle 3 & 4 which are both nearing completion and full commercial operation). The new Vogtle reactors are the first reactors to receive construction approval in more than 30 years. Now, with nuclear being shown as one of our only hopes to reach climate goals while maintaining the energy and electricity we need, the US must begin building more, regaining expertise, and be able to transfer that knowledge and prowess with workers and equipment onto each next build. This will allow the costs of new constructions and times thereof to be lowered exponentially, thereby defeating one of the last criticisms people try to utilize against nuclear.

In another recent win for nuclear energy, Constellation, the US utility with the largest fleet of nuclear power plants (21), has filed with the Nuclear Regulatory Commission to extend the lives of their Clinton and Dresdon nuclear plants in Illinois for an additional 20 years. This will add billions of dollars to Illinois’ economy and provide carbon-free energy to power more than 2 million homes. These extensions of nuclear power plants are exactly what the Bipartisan Infrastructure Law and the Inflation Reduction Act sought to have happen and fits perfectly in with the IAEA’s energy outlook as their NZE Scenario requires existing nuclear plant extensions and no premature closures. Without legislation and efforts like this, decarbonization and climate goals would not be met and local economies, as well as the regional grids and their customers, which rely on these plants would suffer.

In a final note on US progress in nuclear energy and SMRs, TerraPower and PacifiCorp have announced that they are undertaking feasibility studies to determine their ability to develop an additional five TerraPower Natrium plants in Pacificorp’s market area (including Washington, Oregon, California, Utah, Idaho, and Wyoming). This lends itself to belief that the companies are seeing good progress with the initial Natrium plant being built at a retiring coal plant in Kemmerer, Wyoming.

These international commitments, partnerships, and advancements in the nuclear industry show that the need to decarbonize is growing whilst the energy needs of all countries grows as well. This is the delicate balance that nuclear energy meets. As a key nuclear energy developer, manufacturer, and exporter, the US and its workers across many industries stand to benefit from this nuclear renaissance; and with West Virginia and Appalachia being and becoming even more of a manufacturing, industrial, and nuclear hub, there are likely many opportunities for our businesses and workers to benefit. For additional information on our team and services, please check out our firm’s Nuclear Energy webpage and be sure to follow me on Twitter @AtomicAttorney.