New Energy In An Old Home
By Marc Mignault on 12.21.2022
Posted in Nuclear Energy 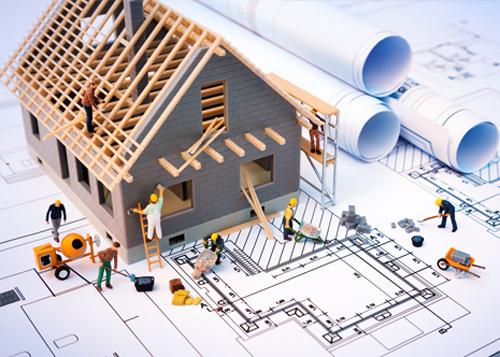 On December 7, 2022, a new dawn seemed to rise in West Virginia.  The old dusty mountains seemed to stretch a bit higher, the aged rivers ran a bit swifter, and the tall trees swayed a bit freer.  It was not a change in the weather causing this, but rather changes by West Virginians being made for the climate and for revitalization of the Mountain State which emboldened our natural resources to grow wild once again.  For this day saw the first ever New Energy Conference, hosted by MAREC Action and American Clean Power Association.

This is the first energy conference in the state I am aware of strictly dedicated to “new energies” which are now on the rise in West Virginia.  The energies discussed were wind, solar, nuclear, hydro, and geothermal as they are all being incorporated heavily in West Virginia’s new all-of-the-above energy mix.

Many speakers discussed the ongoing projects they have or the great interests their companies have in West Virginia as fertile ground for new energies, the excellent and able workforce here, and the excellent and rapid work the WV Legislature has done to make WV more business and new energy friendly.

Currently, new energy companies have invested approximately $2 billion in West Virginia, nearly $6 million state and local tax dollars are generated by these projects, and there is much more coming.  We have seen companies such as BHE which entered into a purchase agreement with the state for the former Century Aluminum plant in Jackson County, West Virginia. Thanks to new legislation, BHE will be located in a high impact industrial business development district and will be able to provide Precision Castparts Corp. (“PCC”), a Berkshire Hathaway Inc. business which will be the first company to locate on the site and will develop a state-of-the-art titanium melt facility, 100% renewable energy to manufacture titanium products for aerospace and other industries. BHE has said they “will work with the West Virginia Economic Development Authority to bring additional businesses to the site to benefit from the prime manufacturing location and renewable energy infrastructure.”

With more and more companies like Toyota, BHE, and steelmaker Nucor coming to West Virginia, the more our energy needs grow.  Companies are realizing the benefits of locating in West Virginia, utilizing our extremely capable workforce, and embracing the benefits of our all-of-the-above energy mix which will serve various industries here and allow more stable and lower energy prices for such large industrial businesses and residents alike.

Nuclear energy was just allowed this year for West Virginia, and it is something that can serve the electricity generation market whilst also broadening the markets and value of our fossil fuels. As Speaker Roger Hanshaw discussed at the conference, West Virginia has turned its back on new energies like nuclear for far too long and did so to its own detriment.  Speaker Hanshaw sees a more valuable, safe, and beneficial future for coal and natural gas as these newer and cleaner energies come to the state.  Speaker Hanshaw noted that we have entered a time where coal and natural gas are simply too valuable to burn for electricity purposes, which is essentially the lowest form of use for these assets.  As discussed below, there are various other uses for all forms of coal, and one such use is the need for metallurgical coal for steelmaking.  Nuclear, wind, solar, and other renewable forms of energy are better served for handling electricity generation as these technologies and capacity are placed on the grid properly.

The US is seeing a need and desire to bring manufacturing back domestically due to the unreliability and issues with current foreign markets, and the need to ensure energy and national security.  As these industrial operators and manufacturing efforts come home, the need for the raw materials also come home.  Steelmakers, such as Nucor with their state-of-the-art steel mill coming to Mason County, cement and tar producers, and carbon fiber and foam producers will be demanding for more US coal in various forms.

The nation’s largest coal producing state, Wyoming, is currently working on expanding its coal-economy by utilizing coal for agricultural soil amendments, asphalt and paving materials, and roofing and construction materials including coal-based bricks. Wyoming University is even building a demonstration house made from coal-based bricks.  The university’s research also involves rare earth elements and critical mineral extractions from coal seams.  Rare earth elements and critical minerals are used in many electronics components, non-reflective glass, batteries, and renewable energy technologies, among other things.  China currently dominates the world’s supply of rare earth elements and critical minerals but having a domestic supply for these vital materials is now an energy and national security concern.

Incorporating new business bringing new energies like nuclear to the state which can serve our grid in the baseload capacity that coal currently does, as well as having wind, solar, geothermal, and hydro providing additional electricity capacity to help with peaks and refueling times for nuclear plants, we can free up our valuable coal and natural gas reserves to utilize in the most economic and beneficial ways possible.  This is a win-win for economic development and greater tax revenue, all whilst allowing for greater business for coal and natural gas companies.

Meanwhile, neighboring Virginia has announced nuclear as a key part of its energy mix for the future and its intent to work collaboratively with West Virginia on nuclear and small modular reactor (“SMR”) projects, through an announced collaboration with Speaker Hanshaw and his counterpart of Virginia House Speaker Todd Gilbert, R-Shenandoah County. Dominion, the largest utility in Virginia, has also announced its intent to deploy SMRs statewide by 2032.  Appalachian Power Company, a subsidiary of American Electric Power, the largest utility in West Virginia has formed an internal team that is studying SMR options as they consider nuclear technology to meet its goal of net zero carbon dioxide emissions by 2045.

As we look to the year ahead, there are big things on the horizon for electricity generation and new energies in West Virginia.  With the lifting of the nuclear moratorium, nuclear companies see huge promise in West Virginia in various forms such as manufacturing, the retrofitting of coal plants, or even research reactors at our universities.  Wind and solar projects bolstered by Senator Joe Manchin’s Inflation Reduction Act are seeing more interest and further applications to siting certificates at the PSC.  New hydrogen projects, natural gas with carbon capture and underground storage, and other forms of energy have seen recent announcements about plans for West Virginia projects.

As it is the season for being merry and bright, the future is also very bright for these energies in West Virginia and all of us here at Bowles Rice are extremely excited to help herald in this new dawn.  We are proud to serve all our clients and help make all their energy projects reach their full potential.  We look forward to assisting many exciting projects in 2023 and we hope that more and more people and businesses see the beauty and promise West Virginia has to offer.

For additional information on our team and services, please check out our firm’s Nuclear Energy webpage and be sure to follow me on Twitter @AtomicAttorney.