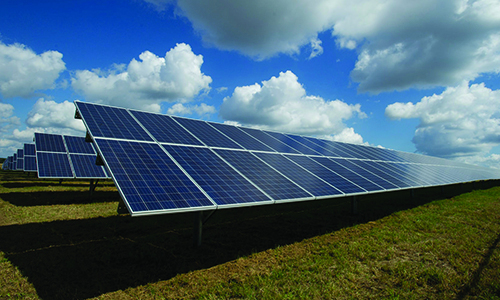 The Public Service Commission of West Virginia (PSC) granted a solar siting certificate to Raleigh Solar I, LLC, for a $90 million, 90-megawatt solar farm in Raleigh County on October 5, 2020.  The PSC’s order is the culmination of steps taken by the Legislature and the PSC to make West Virginia a competitively attractive location for utility-scale solar development.

During the 2020 Legislative Session, Mike Graney, the Executive Director of the West Virginia Development Office, testified to the State Senate that the inability of companies to fuel plants with solar power in the state was hurting the Development Office’s efforts to attract employers.  The Legislature and the Governor responded by passing into law and approving two pieces of legislation aimed at attracting solar energy developments to the Mountain State – Senate Bill 578 and Senate Bill 583.

With the passage of S.B. 578, the Legislature adjusted the taxable generating capacity rate for utility-scale solar units for purposes of calculating state business and occupation taxes, bringing the tax rate in line with the actual generating capacity of solar units.  In doing so, the Legislature made the development of utility-scale solar development projects economically feasible in the state.

While the PSC had 150 days to issue a final order on Raleigh Solar’s application, it approved it in just 115 days.  Raleigh Solar entered into a stipulation with PSC Staff and the West Virginia State Buildings and Construction Trades Council, the only other parties to the case, which was approved without hearing.  Raleigh Solar is owned by Dakota Renewable Energy, LLC, which has developed more than 3,300 megawatts of alternative energy projects with capital investments for these projects exceeding $4.1 billion.

As a result of the steps taken by both the Legislature and the Governor, West Virginia appears primed for future solar development, as investors and developers alike look to take advantage of the Mountain State’s untapped market.  Prior to Raleigh Solar’s certificate, the PSC issued a siting certificate in April 2020 to Longview Renewable Power LLC for a 20 megawatt solar facility in Monongalia County.  That solar farm extends into Pennsylvania, over which the West Virginia PSC lacks jurisdiction, where another 50 megawatts will be generated with solar power.  More recently on November 6, Wild Hill Solar, LLC, an indirect subsidiary of EDF Renewables, Inc., filed a solar siting certificate application with the PSC for a 92.5 megawatt facility.  EDF Renewables has developed over 200 projects in the U.S. and Canada, with a total generation capacity of 16 gigawatts.  A number of other significant utility-scale solar projects are said to be in the works.

The embrace of utility-scale solar development in West Virginia may have seemed inconceivable just a few short years ago.  However, as solar developments have become more self-sustainable and economically competitive, state policy leaders have recognized the need for an “all of the above” energy portfolio in West Virginia.  While the advancement of utility-scale solar development has been met with some resistance over fears of potential impact on West Virginia’s coal industry, much of those fears have been allayed.  Both S.B. 578 and S.B. 583 passed with overwhelmingly bi-partisan majorities in both the House of Delegates and the State Senate.  Likewise, the Raleigh Solar development has been met with minimal opposition at both the PSC and County Commission levels, despite taking place in the heart of coal country.  In fact, the Raleigh County project recently cleared its final pre-production hurdle, winning the support of the community at a November 10 public hearing.  All of this likely bodes well for the future of utility-scale solar projects in West Virginia.

Attorney James V. Kelsh is a partner in the Charleston, West Virginia office of Bowles Rice. He focuses his practice on representing industrial consumers; solid waste facilities; water, sewer, natural gas and other utilities; motor carriers; and telecommunications carriers in regulatory matters before the Public Service Commission of West Virginia. He has represented municipalities and other entities in the negotiation of inter-utility and inter-governmental agreements and frequently advises utilities on infrastructure development projects, including Raleigh Solar and related projects currently pending in West Virginia, from conception to completion.

In Focus is a digital supplement to our firm's award-winning Views & Visions magazine.  Like its print relative, the blog offers unique perspectives on a variety of topics from leaders of business and industry, government, education and community organizations throughout our region.